Novice nabbed at 183kph in Laois 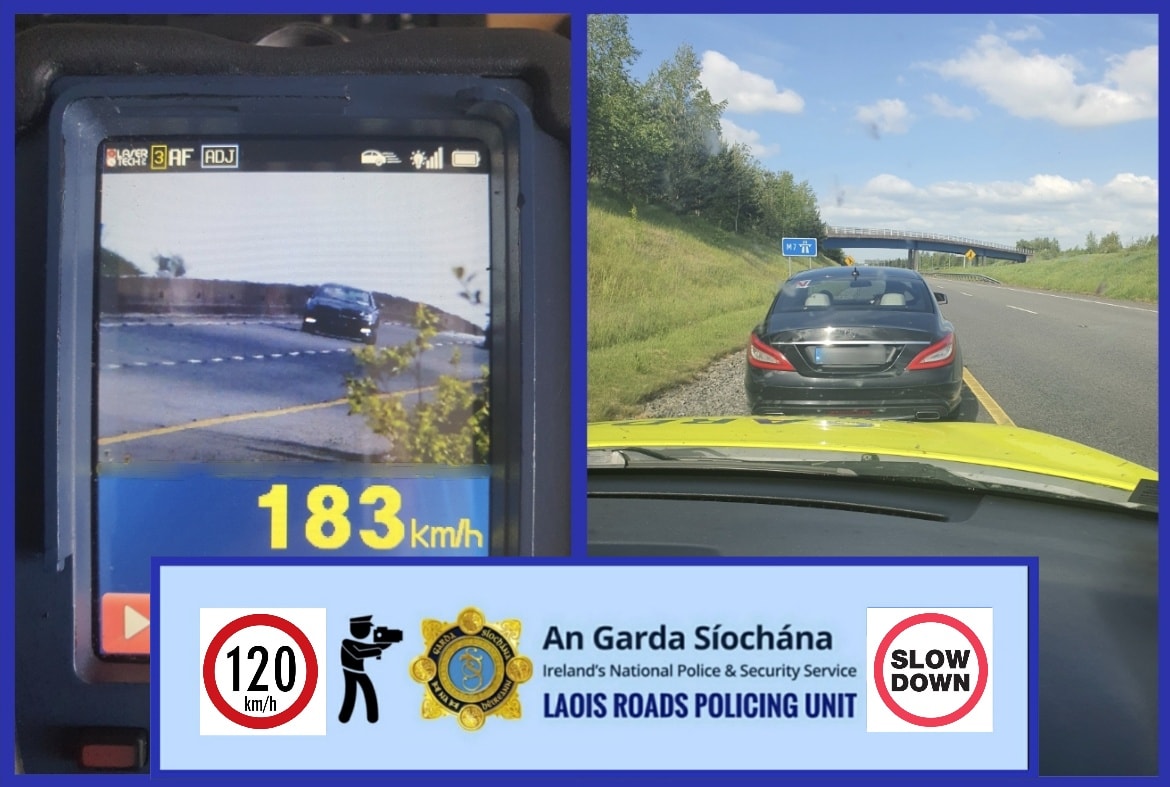 A NOVICE driver has been arrested after doing 183kph in Laois.

The culprit was caught on the M7 motorway by the Laois Roads Policing Unit today.

A radar detector recorded the driver doing 63kph above the motorway speed limit of 120kph.

The ‘N’ driver was arrested and the car (pictured) was seized by gardaí.

The motorist has been charged to appear before Portlaoise District Court.

The speeding car was driven by a novice driver