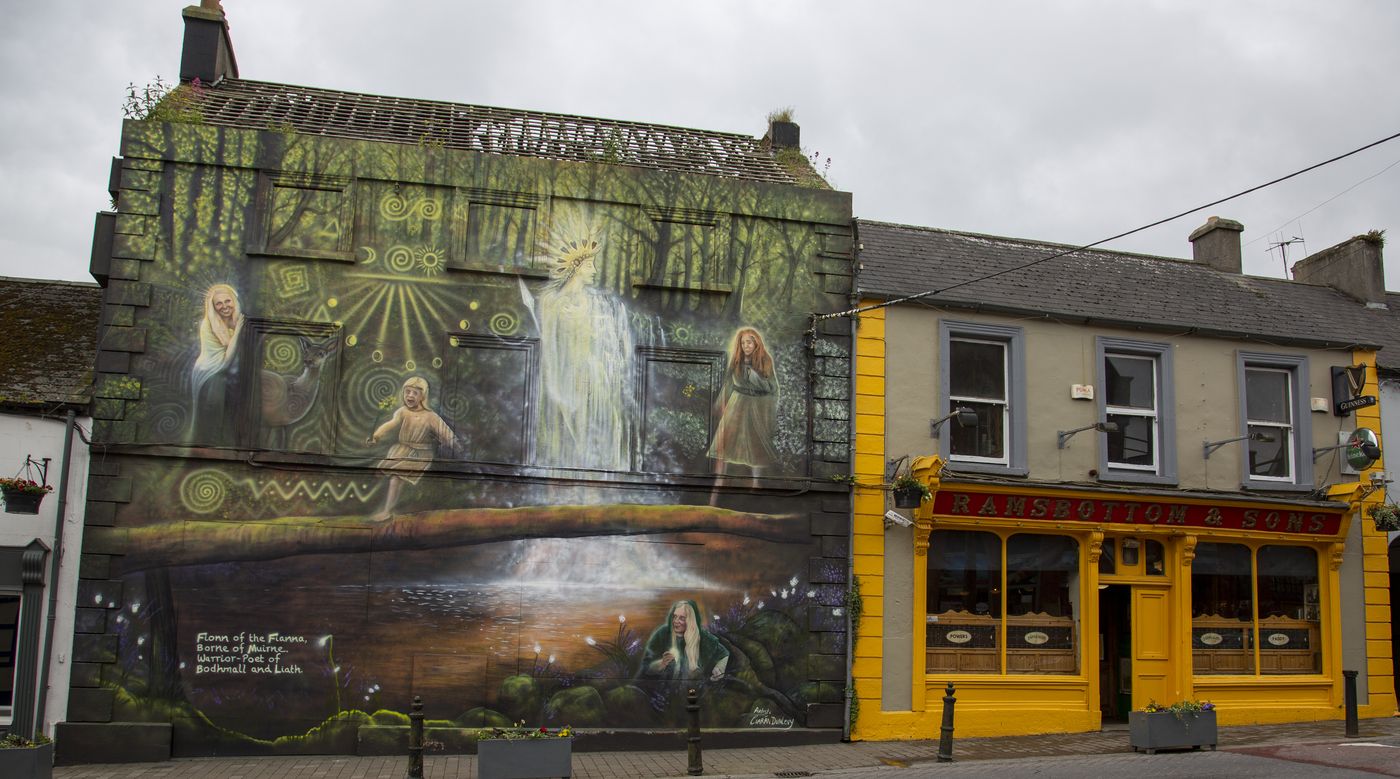 THE mystery behind a mural that appeared on a derelict Portlaoise hotel has finally been solved.

Speculation and intrigue grew over the past few weeks, as renowned mural artist Ciarán Dunlevy worked on the large artwork, which spans all three floors of the old County Hotel on Main Street.

Locals enjoyed watching the striking piece come together, wondering what would eventually emerge.

Today, it was at last revealed that the mural is a tribute to Fionn Mac Cumhail, one of Ireland’s most formidable mythological warriors who grew up in the Slieve Bloom Mountains in Laois.

The mural was commissioned by Laois County Council and supported by the Portlaoise Municipal District Office.

Speaking about the inspiration behind the piece, Dunlevy said: “When local poet Laura Murphy shared her new poem with me, I was intrigued. As well as learning that Fionn spent his formative years in Laois, I also became aware that he was nurtured and trained by women.

“When Laura read the lines honouring the three women that made Fionn Mac Cumhail, the scene of the mural instantly appeared in my imagination and I thought we need to honour these women on a wall.”

Fionn’s mother was a beautiful long-haired woman called Muirne. At the time of his birth, she and Fionn were in danger. To protect him, she entrusted Fionn into the care of his aunt, a Druidess named Bodhmall and her companion, a Warrioress named Liath Luachra. Bodhmall and Liath devoted their lives to minding and training Fionn. They taught him to swim, run, jump and hunt, as well as poetry and the martial arts of Ireland.

The mural depicts the scene on the one day Fionn’s mother came to see him in secret.  Muirne looks on in great joy and longing, as she watches him playing happily with Bodhmall and Liath in the woodland surrounding Glenbarrow Waterfall.

Speaking of the ethereal being that emanates from the waterfall, Dunlevy says: “This is a tribute to the visionary art of AE Russell, a preeminent figure of the Celtic Revival whose representations of the Aos Sí, the otherworldly beings of Ireland or the ‘Shining Ones’, are beautiful beyond measure but have been, for far too long, overlooked.”

Laois Arts Officer Muireann Ní Chonaill said: “This mural brings a vibrant, magical energy to Portlaoise’s Main Street. It is wonderful to see this visual artist’s response to the work of our local poet Laura Murphy. Ciarán has done a wonderful job in honouring Fionn and the women who made him.”

The increasingly decrepit state of the former hotel, which was purchased for social housing by Laois County Council three years ago, prompted regular criticism from Portlaoise residents and councillors.

The building was described as disgusting and embarrassing at a council meeting last February, when cllr Willie Aird highlighted the fact that bushes were growing out through the windows and roof.

He said the appearance of the hotel was “dragging down the town” and was particularly embarrassing as it was owned by the county council.

Once a thriving music and dance venue, the hotel has been vacant for more than 30 years. It is not a listed protected building. The council bought the property in January 2019, with plans to develop it into apartments for people on the housing waiting list.

Over three years later, a scheme for ten apartments by approved housing body Clúid, with developer CAS Construction, is still only at the planning stage.

In his February management report, chief executive John Mulholland said that work was ongoing in terms of a required survey at the Portlaoise hotel and officials hoped to advance the project this year.

Mr Walton said: “We will be treating the facade of the hotel to make it more presentable”.

The council subsequently commissioned the mural which has just been completed. 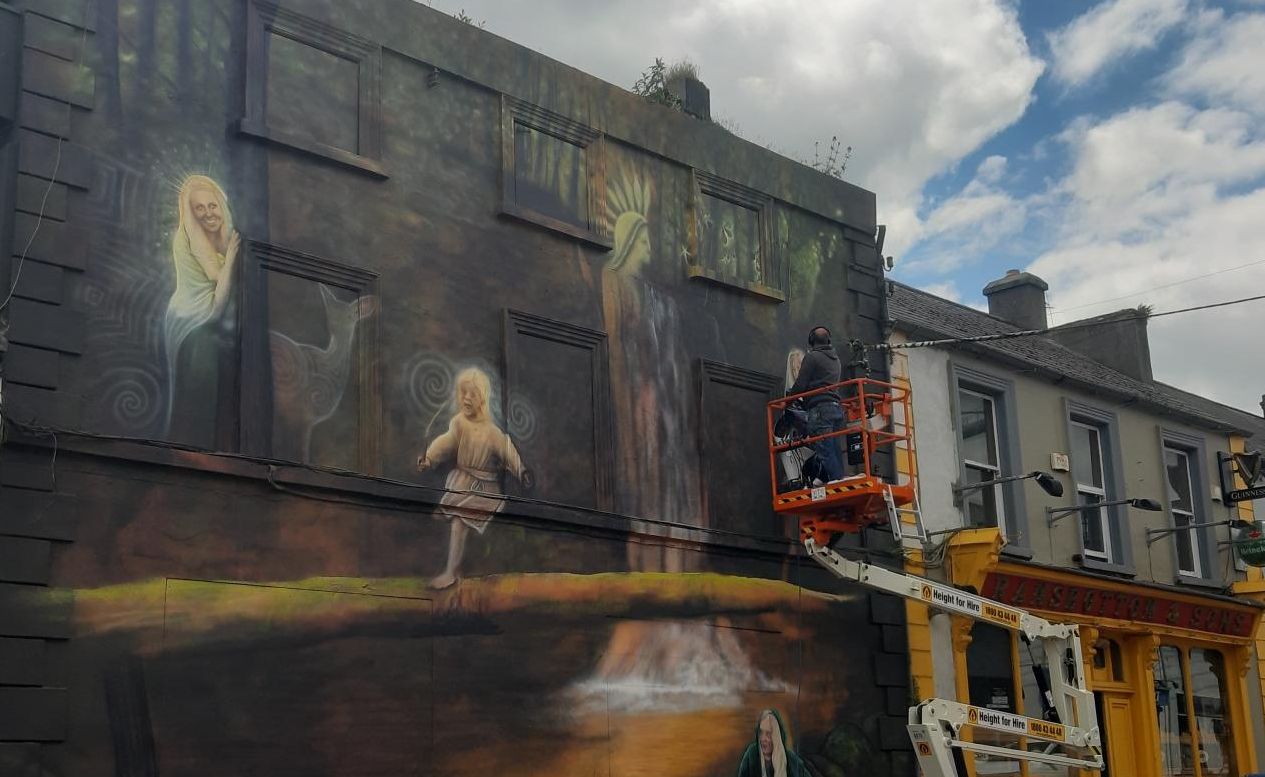 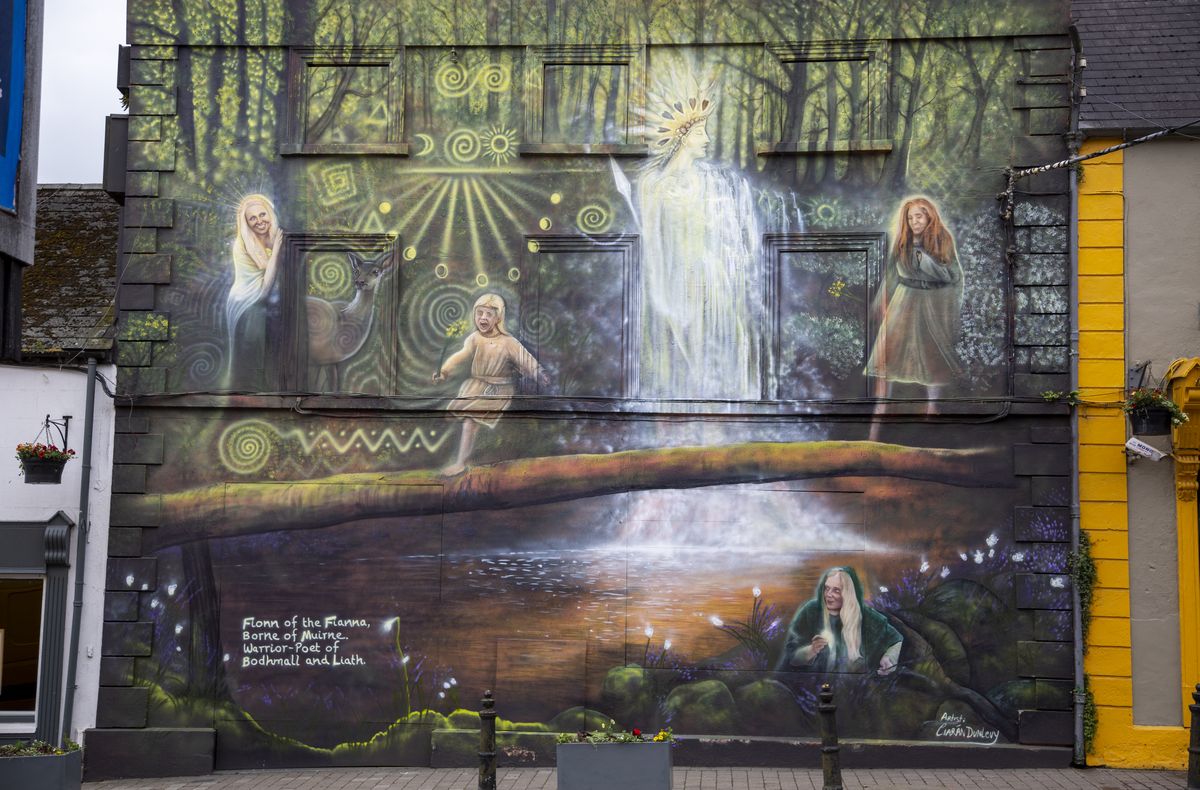 Portlaoise Court: 21-year-old threatened to kill or cause serious harm