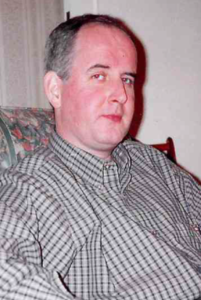 He will be sorely missed by so many, his partner Clare and son Robert. Sadly missed by his sister Linda, brothers James & Tom, brothers in law, sisters in law, nephews, nieces, and all extended family members and friends.

His funeral will take place on Monday, 20th June, at 11.15am in Forest Park Crematorium, Hainault 1G6 3HP UK.

The death has occurred of Sister Gerard Egan – Borris-in-Ossory