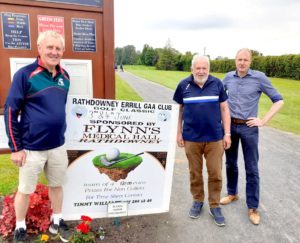 Over the years the event has established itself as a firm favourite. This year there were in excess of 180 golfers participating, including some former and current players and many other golfing enthusiasts who were willing to help support the club.

The course, as per usual, was in great condition, a tribute to Lorcan Dunne and the greenkeeping staff and it’s safe to say that, regardless of one’s golfing ability, everyone had a great day out. Participants were blessed with sunny skies which resulted in some exceptional scores being recorded.

It was always going to take a top-class round to come out on top, and so it proved, with the Fint Scully led Camross/Ballacolla quartet of Richie Moloney, Gerry Kavanagh and Tom Moore showing that they are just as adept with the golf clubs as they were on the playing field with a marvellous return of 93 points.

They just edged out Sean Bolger, Billy Harte, Paud O’Reilly and Malachy Fogarty, after a countback. Fint did admit that he is in a good spot of form at the moment and was delighted to receive the prize.

The battle for third was also a cliff-hanger. The Tramore based team comprising Martin Geary, Liam Slevin, Tony Power and David Power took the bronze medal by the minimum margin.

In Category 2, the Oisin Barry led team of CHarry Wynne, Philip Tynan and Sean Delaney were a match for all comers, while in Category 3 John Paul Ryan, John Browne, Ned Browne and Daragh Ryan took the honors.

Mark Aylward took home the longest drive prize, just getting the better of Eric Killeen, while the former Waterford and Limerick legend, Martin Geary, created a piece of golfing history by securing the Nearest the Pin prize when he scored a Hole in One on the 17th, the first Hole in One in the history of the Classic.

In conjunction with the Classic a raffle took place in which the star prize was three nights’ accommodation in the five-star Fota Island Resort. The lucky winner was Anna O’Hanrahan from Thomastown.

Everyone is now looking forward to a repeat performance next year. 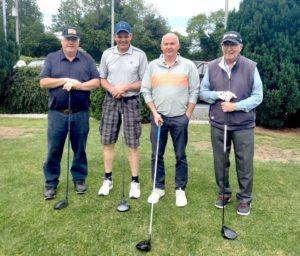 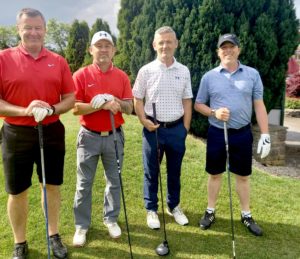 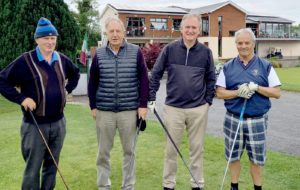 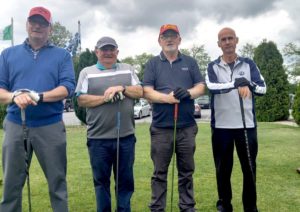 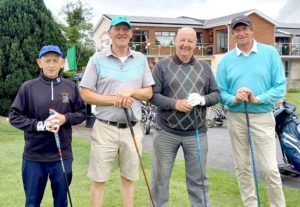 Timmy Williams and friends from Tramore 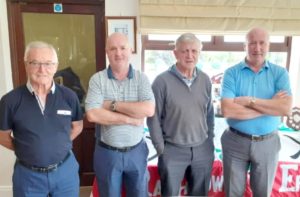 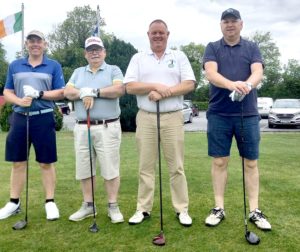 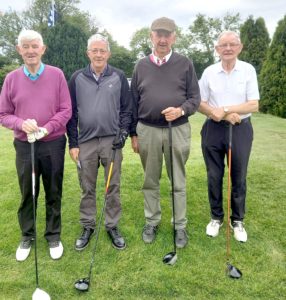 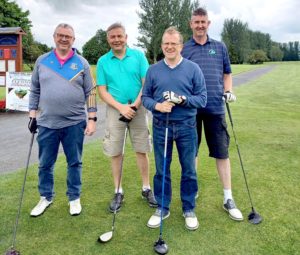 Kevin Wallis and friends from Sixmilebridge 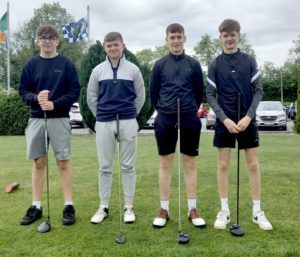