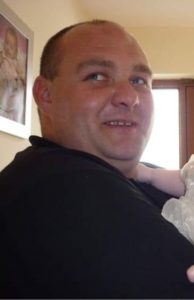 Reposing at O’ Sullivan’s Funeral Home, Rathdowney on Sunday and Monday from 7pm to 9pm on both evenings. Funeral Mass on Tuesday in The Church Of The Immaculate Conception, Ballacolla at 12 noon followed by interment in St Fergal’s Cemetery, Ballacolla. You can express your condolences on the condolence page on R.I.P.ie. The funeral Mass will be livestreamed, details later.