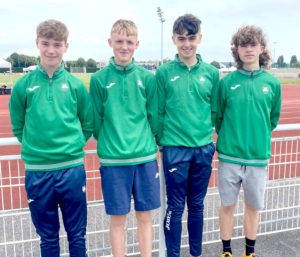 Jack Fenlon (2nd right), who set a new pb and won his race at the Franconville meet on Sunday, with his Irish teammates

JACK Fenlon was selected as part of the Irish team who travelled to Franconville in France over the weekend in preparation for the European U/18 Championships in two week’s time. While Jack has qualification standards in both the 1500m and 3000m, he has chosen to concentrate on his preferred event the 3000m.

With temperatures searing in Franconville, Jack churned out a fantastic performance to finish with a new pb of 8:21 and almost guarantee his selection for the European’s.

Jack was among the pack early on in the race and as four athletes broke away into the final 400m Jack was very much in contention. With his parents John and Suzanne among the travelling Irish support, Jack kicked into another gear up the home straight to take victory and set a new pb. This will serve as a huge confidence boost for Jack as he prepares to take on the best athletes across Europe in the U/18 Championships.

Six athletes from the club made the trip to Belfast on Saturday to take part in the Northern Ireland Senior Track and Field Championships which were held in Mary Peter’s track, Belfast.

It was a very fruitful trip for both Maisy O’Sullivan and Saragh Buggy who came away with victories. Maisy took gold in the women’s 800m in 2:10 while Saragh’s jump of 12.65m was good enough for first place in the women’s long jump.

Eoghan Buggy was extremely consistent running 49.91 in both his heat and final which saw him take sixth place overall. Cian Kelly and Will Fox both competed in the 1500m while Niall Harvey finished eighth in his 800m heat.

Nessa Millet was an extremely busy lady last week, competing in the Oslo Diamond League in the 400mH, just a day after successfully completing her PhD. Nessa finished second in a time of 58.25s.

Well done to all who were competing in Tullamore over the weekend when day two and three of the Leinster Juvenile Championships took place. The club had huge numbers competing, with green, white and gold on show throughout a wide range of events during the day.

Many thanks to all of the parents who travelled to support their young athletes over the weekend. A special word of thanks also to the coaches who give freely of their time to prepare athletes for these events.

As well as this the club had several other athletes just miss out on medals, qualify for finals throughout the weekend and for many others this was their first experience of competing at a provincial level and there’s no doubt they will learn a huge amount from the experience. 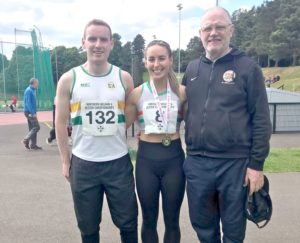 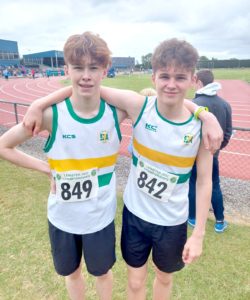 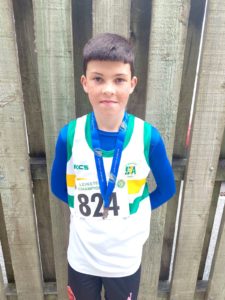 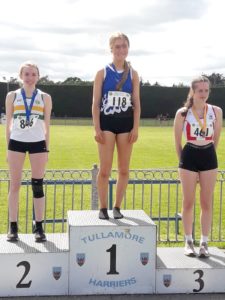 Katie Baldwin who won a silver medal in the triple jump 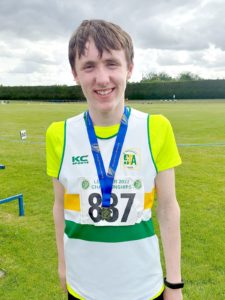 John Delaney who claimed gold in the 400m 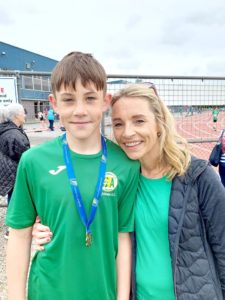 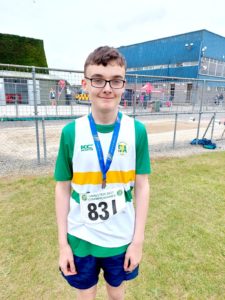 Cormac Dineen who won a bronze medal in the walk 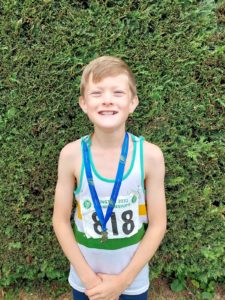 Adam Kelly all smiles after taking gold in the long jump