Peace as culture! HWPL’s answer to peace that renews the future of the global village

HWPL urges people of the world to have the mindset of ‘We are One’ to become one in peace!

The world has made efforts to resolve conflicts and establish peace, but in recent decades, there has been a major change in the origins of conflicts. After the end of the Cold War, ethnic and religious identities emerged as a major source of conflict. Ethnic and religious conflicts have increased significantly, accounting for more than 80% of conflicts that occur worldwide. The emergence of this new conflict structure requires a new approach. Although the entities that can cause conflict have expanded to groups and individuals beyond the state, it also means that the entities that can resolve conflicts can also be expanded to the private level of organisations and individuals rather than just the state. In this world, anyone can take action to realise global peace. 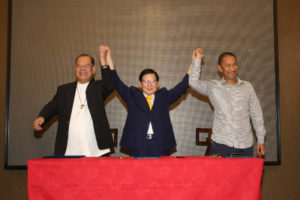 Following these casualties, the Mindanao Peace Process emerged. The peace process was supported by international non-governmental organisations along with the governments of Japan, Saudi Arabia, Turkey and the UK, as well as Malaysia, the mediator of the official government-MILF peace agreement. In addition to the official process, international organisations such as the European Union and Islamic Cooperation Organisation and various private organisations supported peace and provided humanitarian aid to establish peace. The conflict did not end by simply signing a peace treaty. Peace in Mindanao showed the need for a fundamental and long-term approach across politics, economics, society and culture to prevent a recurrence of war. HWPL, headquartered in the Republic of Korea, started this journey of peace in Mindanao.

Efforts for peace in Mindanao, which had not even been attempted at the Korean government level, began in the private sector. In 2013, Man-Hee Lee, the Chairman of HWPL, visited Mindanao, where tensions were rampant due to military clashes. Chairman Lee visited many nations to build international solidarity for peace on the Korean Peninsula and around the world, and to appeal for cooperation and support. It was a new approach at the private level to conclude a peace agreement between Mindanao’s local leaders and non-governmental organisations.

At the time of the agreement, Chairman Lee asked the attendees, “Do you want peace or war?” and when all the participants raised their hands that they wanted peace, he said, “Then, please sign the peace agreement,” and greeted the Catholic-Muslims who attended the site. He called on them to stop conflict and do their best in reconciliation and cooperation for the sake of peace. After signing the agreement, two leaders representing local Islam and Catholicism, government and private sector, politics and religion joined hands. This was the declaration of the beginning of the path to peace in Mindanao, and it was the signal to enter a world where religions and countries can become one in peace. January 24 is now the anniversary of the peace agreement in Mindanao, and is celebrated with festivals and events to commemorate peace.

The civil peace agreement mediated by HWPL was a declaration for a permanent peace in Mindanao. After that, HWPL and all relevant parties, including local political and religious groups, and civil society, began to cooperate for peace. At the regional level, from 2019 to 2020, major cities in Mindanao, such as Kotabato City and Davao City, have resolved to support and implement the Declaration of Peace and Cessation of War (DPCW) announced by HWPL. It is the political base of the president and current vice president, Sarah Duterte. The DPCW aims to spread the culture of peace and the basic principles for the prohibition, prevention, and resolution of conflicts and wars, and was written jointly by HWPL and international law experts. The DPCW has been developed and functions as an international legal document with legal, institutional and normative functions by international organisations, central and local governments, and civil society. 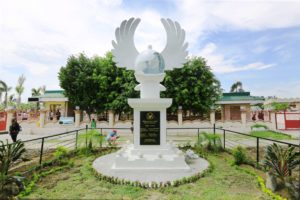 In addition, along with civil society organisations, we are continuing a peace awareness campaign in which citizens participate and build a peace monument. The peace monument is a symbol of peace that reminds us of the spirit of coexistence and respect in our daily lives. Examples include Camp Dharapanan of Sultan Kudarat, a former military base for militants, and a peace monument built in the Purok Tongkie area of Kotabato City, where armed conflicts between Muslims, Christians and indigenous peoples were frequent in the past. As fighters returned to their daily lives one after another due to the implementation of the peace agreement between the government and armed groups, they melted their weapons and erected a monument as a symbol of the transition to a world of peace.

At the national level, efforts are being made to establish peace through cooperation with central government departments in the field of education. HWPL has been implementing peace education at the international level, as suggested by the United Nations and UNESCO, to students and citizens in the Philippines, starting with the signing of a memorandum of understanding (MOU) with 70 educational institutions in Mindanao in February 2016. Education focusing on character development in line with the era of peace is a recent international educational trend. Recently, HWPL’s peace education has been evaluated as being more systemised than UNESCO’s civil education, which was recently introduced on a pilot basis by some local governments in Korea. .

In the Philippines in 2018, an MOU was signed with the Higher Education Commission (CHED), an organisation under the direct control of the president, in cooperation with the Ministry of Education, to develop curriculum and expand peace education nationwide. Through this cooperation, 2,551 teachers from 557 educational institutions are trained in the Philippines alone, contributing to peace education for 23,000 students (200 teachers in Mindanao and 5,000 students).

Regarding the achievements made in Mindanao since 2013, when a peace agreement was signed at the private level, HWPL Chairman Man-Hee Lee says that it is not an individual achievement, but ‘a work done by God’ and ‘a God-accompanied work’. While the fruits of peace are bearing fruit wherever mysterious and miraculous powers lead the cooperation of the global village, he always emphasises, “Let’s all become messengers of peace and leave peace as a legacy for future generations.” The possibility of peace emphasised by HWPL will become a reality when people around the world take the lead and become one in peace.