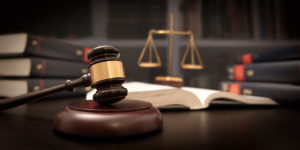 A GRAIGUECULLEN man was going to put himself in an “early grave” if he did not do something about his drinking, a court was told. The defendant pleaded guilty to public intoxication and threatening, abusive and insulting behaviour at McDonald’s, Kennedy Avenue, Carlow.

State solicitor Alan Millard said gardaí received a call from McDonald’s at around 11.15am that the defendant was causing a disturbance to others with children present by obstructing people from gaining entry.

The defendant was unable to give his name and address to gardaí and was staggering from side to side, the court was told. “He refused to leave, shouting and using expletive language,” said Mr Millard.

The court was told that the defendant had nine previous convictions for public order offences.

Defending solicitor Joe Farrell said the best he could say of his client was that he did not usually appear before the court on a ‘section 6’ threatening, abusive and insulting behaviour charge.

“Unfortunately, I have had experience myself of him having too much drink,” he said. “He can be quite a nuisance when he has drink on board.”

Mr Farrell said his client lived in a shared apartment in Graiguecullen, where there was chronic alcohol addiction. “It’s a miserable existence,” he said.

Judge Cephas Power said he would impose a two-month prison sentence, but Mr Farrell appealed for it to be suspended.

“Why?” asked Judge Power. “He does not seem to have made any efforts to address these issues.”

Mr Farrell said the courts had been “quite sympathetic” to his client in the past.

“He keeps reoffending, that is the problem,” replied the judge.

Mr Farrell said a suspended sentence may assist by hanging over him if he offends again. Mr Farrell outlined the impact of a custodial sentence: “He will lose his apartment, lose his social welfare. That’s his problem.”

Judge Power agreed to adjourn the case for a translator until the afternoon so the suspended sentence and its consequences could be explained to the defendant.

When the case was recalled, Mr Farrell said his client had shown him a bank statement and had talked of the passing of his parents. “I have told him the court is not concerned with his worries but how he interacts with the community,” he said. “He seems to have some real issues that need to be addressed.”

Mr Farrell asked that his client link in with the probation services as part of the suspended sentence.

“He is going to put himself in an early grave if he does not do something,” said Mr Farrell.

Judge Power imposed a two-month prison sentence, suspended for 12 months. The defendant was directed to be of sober habits, to be placed under the supervision of the probation services and to comply with all their directions.

“If he does not, he can expect to serve a full sentence,” said the judge.

*The name of defendants who appear in local district court cases are not printed on our social media sites but will be printed in the Laois Nationalist newspaper available in your local shops from today Tuesday or in our online edition here.