Landmark plan for the historic heart of Portlaoise 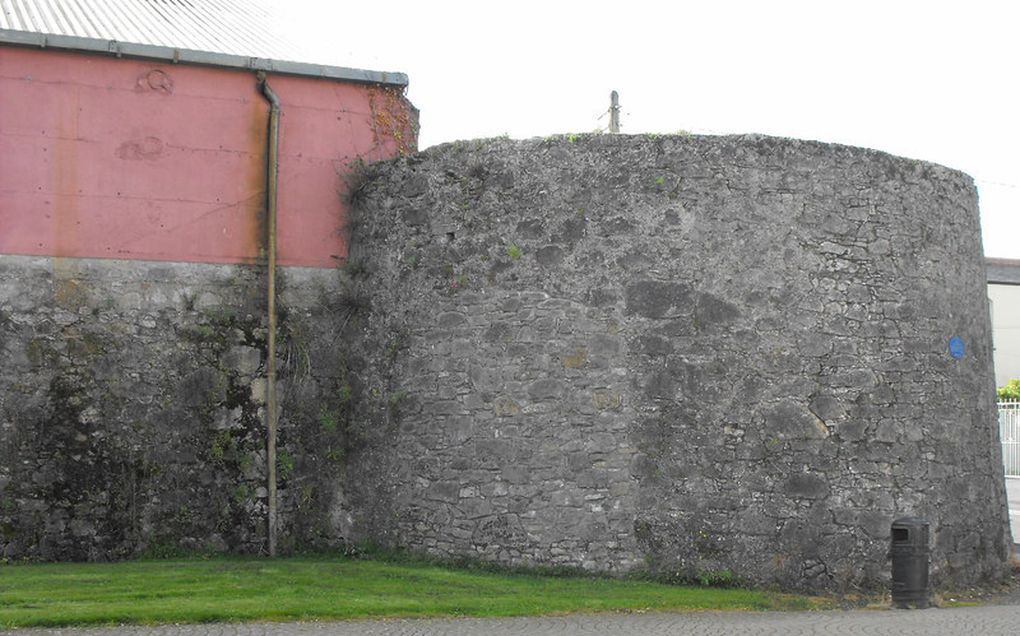 Fort Protector in Portlaoise, pictured before conservation work, was the first plantation fort in the world

A LANDMARK plan for the historic heart of Portlaoise will be launched tomorrow night.

The Conservation Plan for Fort Protector, which signposts a way for the 16th century site to become a major tourist attraction, will be launched by Laois County Council chairman cllr Conor Bergin.

The final Conservation Plan for what was the first plantation fort in the world is described by Laois Heritage Society (LHS) as a very significant project.

The LHS said: “It signposts the way to make this unique and historic site, which has significant national and international overtones but was hidden in plain sight in Portlaoise’s old historic quarter for generations, into a major visitor attraction for the town and county.”

The plan will be launched at 8pm in the Midlands Park Hotel and all are welcome. The guest speaker will be Richard McLoughlin of Lotts Architecture.

The plan is a collaboration between the LHS, Laois Heritage Office, Laois County Council and the Heritage Council of Ireland. The launch comes just before the Old Fort Festival in Portlaoise, which celebrates the history of what has become the town’s new cultural quarter.

Built in 1547/48 as the notorious plantations began, the historic Fort of Maryborough played a pivotal role not only in local history but in Irish and international history. The fort was the forerunner of every British fortification and planted settlement in Ireland and throughout the subsequent British empire.

The Fort was built to impose the authority of the English on the centre of Ireland and to suppress the independent and warlike clans in the area, led by the O’Moores.

The Fort Protector Conservation Plan was written by a team led by Lotts Architecture and including Dr Eoin Sullivan Archaeologist, Dr Diarmuid Wheeler Historian, Teddy Fennelly, Michael Parsons and Sean Murray of Laois Heritage Society and Laois Heritage Office, with help and support from a wide range of local groups, residents, individuals and businesses, and advice and support from the Heritage Council.

The LHS has been working since 2015 to develop a conservation plan for the Fort, a plan that played a critical role in securing funding under the Historic Towns Initiative in 2018 and the Urban Regeneration and Development Fund (URDF) in 2019.

The newly refurbished Fitzmaurice Place, with conservation works on Fort Protector and the surrounding public realm, was officially opened in June 2019.

Under the conservation plan, it is hoped that Fort Protector will once again play a central but this time benevolent role as the key feature in Portlaoise’s regeneration plans and new cultural quarter. 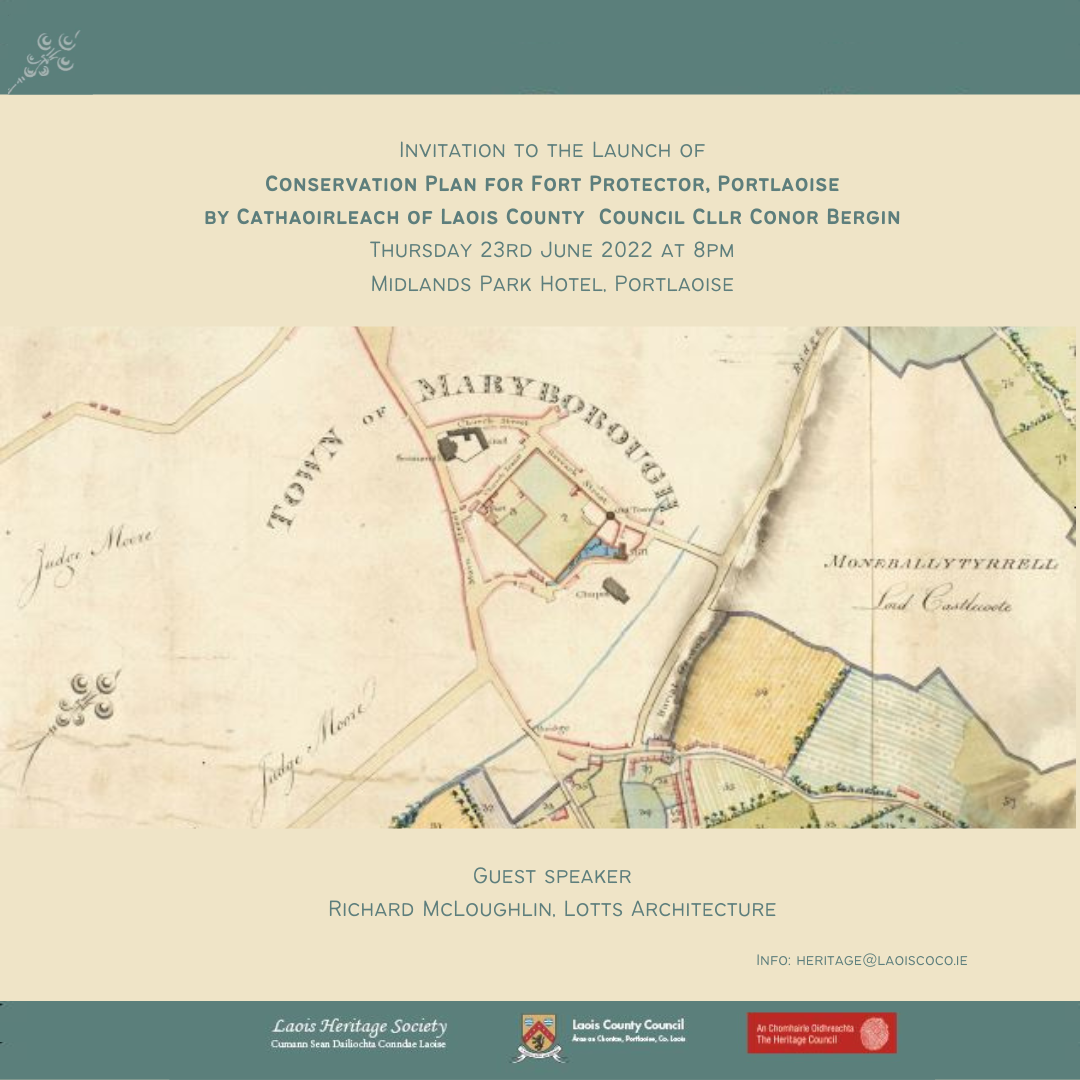 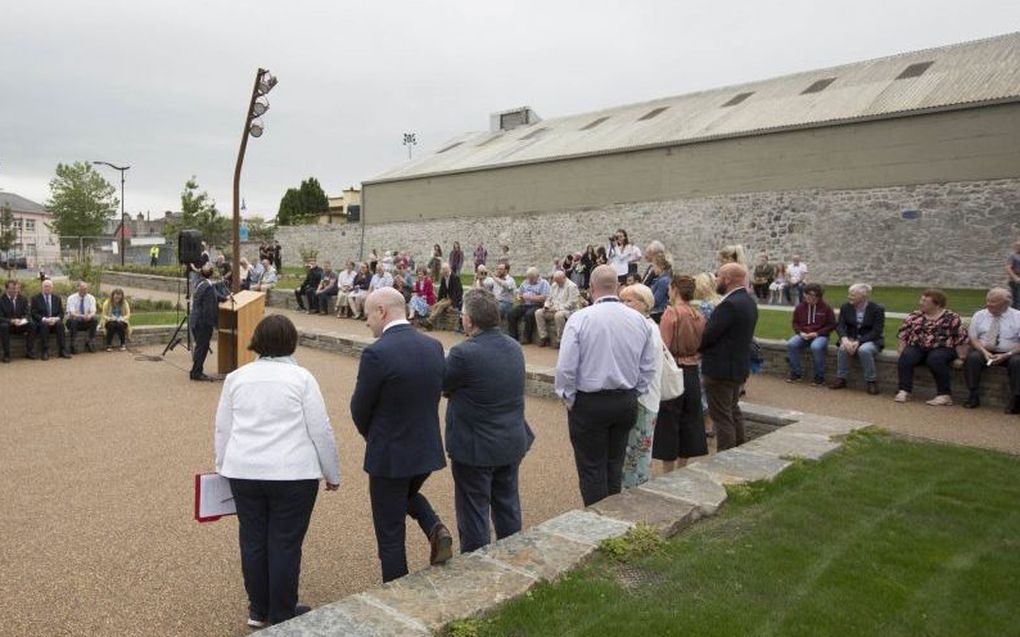 The official opening of the newly refurbished Fitzmaurice Place in June 2019, following conservation works on Fort Protector and the surrounding public realm

The death has occurred of Sister Gerard Egan – Borris-in-Ossory