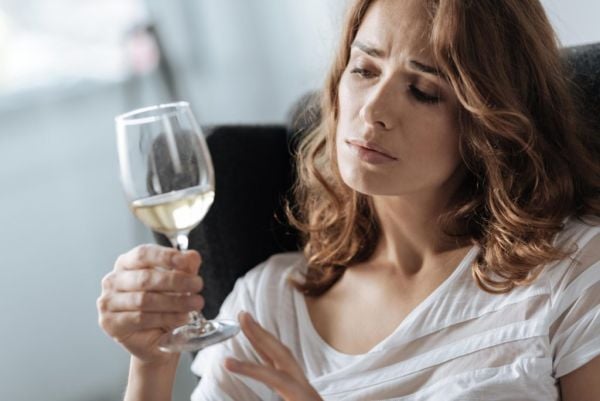 The removal of routines during the Covid-19 lockdowns led to drinking acting as a distraction for many, with an increased alcohol consumption viewed as ‘normal’ during the pandemic, according to Drinkaware.

The charity conducted a study at the start of the year, asking parents about their relationship with alcohol in 2020 and 2021.

The research found that alcohol was used as a coping strategy throughout the pandemic, with many parents reporting they felt they were under a disproportionate amount of pressure, with little or no support.

Many parents said they had their own specific rules surrounding drinking at home, however, most had a subjective understanding of what constitutes ‘problem drinking’.

The first national lockdown (March-June 2020) was found to be the worst period for increased alcohol consumption, however, the majority of respondents said they reduced their intake when they realised it had reached a level they were unhappy with.

Among the ‘rules’ parents said they set to control their alcohol consumption included not drinking before a certain time, and stopping drinking when they were finished eating.

The level of awareness of the HSE’s low-risk weekly guidelines for alcohol was found to be low, reflective of the awareness among the wider adult population in Ireland.

“The study shows how parents are very self-aware regarding drinking more, yet employ a random subjective rationale for their rules around drink,” Drinkaware’s chief executive Sheena Horgan said.

“The missing pieces here are the facts regarding risk and what harmful drinking actually looks like.

“That’s the knowledge and motivation gap that Drinkaware works hard to fill, and the positive effect of educating parents and reducing their harmful drinking, is the reduction of children’s exposure to alcohol, and of the normalisation of using alcohol to cope.”

Mr Horgan said the research showed parents want to ‘do the right thing’ when it comes to alcohol and their children, however, “recent findings published by the Health research board report that despite a decrease in the prevalence of binge-drinking, adolescents in Ireland rank seventh out of 35 European countries for reports of being drunk”.

“More needs to be done to impart the knowledge and encourage the motivation necessary to influence healthier behaviour and ensure alcohol has no place in childhood,” she added.

Further information and supports can be found at the Drinkaware website.