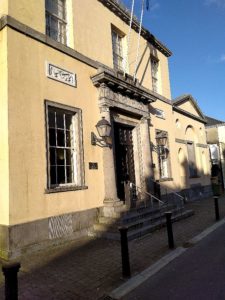 A woman was sentenced to 200 hours of community service in lieu of eight months in prison at a recent sitting of Portlaoise District Court.

Garda Sergeant JJ Kirby told the court that all the goods from Tesco were recovered and were in a resalable state. He also said that goods from the Lidl store were also recovered in a sports bag when they came across the defendant acting suspiciously on the date.

Judge Power convicted the woman on one of the theft charges and took the others into account and imposed a 200-hour community service order in respect of the charge in lieu of eight months in prison.