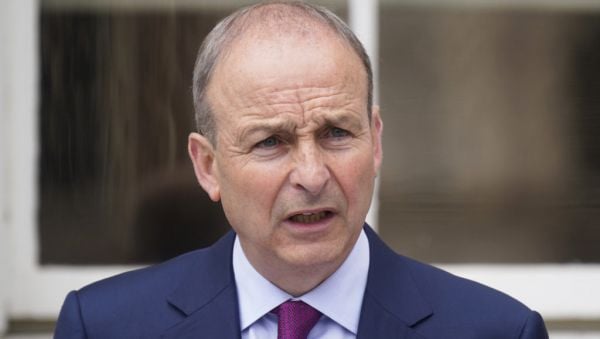 The Government must “protect” growth in Ireland’s economy while remaining “very alert” to inflationary pressures, the Taoiseach has said.

Taoiseach Micheál Martin warned of a difficult winter ahead particularly when it comes to energy, but said any measures the Government takes must be sure to take the pressure off those most in need, rather than adding “fuel to the fire”.

He reiterated that he does not foresee measures being taken before the budget is announced in the autumn, describing that as the “optimum moment” to deal with issues around the cost of living.

Action must be taken in a “comprehensive way that sustains right through the winter”, he added ahead of his attendance at a European Council meeting on Thursday.

His comments came as a report by the Economic and Social Research Institute (ESRI) suggested the Irish economy will continue to grow this year despite forecasts that inflation will average at 7.1 per cent in 2022.

Asked if there would be any measures before the October budget, Mr Martin said: “The optimum moment for us, not just to deal with the cost of living, and we will have to deal with the cost of living in terms of reducing pressures on people, but also doing it in a way in line with the ESRI report and other reports in terms of the targeted nature of this, to do it also in combination with other factors around pay, tax is the budget.”

Amid calls from some quarters for action to be taken sooner as people face rising inflation, he said announcing measures at the time of the budget has been “our consistent position”.

Mr Martin said the country cannot be chasing inflation month-to-month, but rather must look to the longer term.

“And we know from the 1970s what happens if you try and chase inflation, you get second and third rounds of inflation, which last for much longer periods.”

He added: “We’ve got to think about this, do a lot of work on this to make sure that the measures we take don’t add fuel to the fire, but rather takes pressure off those most in need.”

The ESRI report, published on Thursday, believes that Ireland’s Gross Domestic Product (GDP) will grow by 6.8 per cent this year – largely driven by a strong export sector.

GDP is one way to measure a country’s economic health, but has been criticised as being too blunt a measurement – and is skewed in Ireland in particular by multinationals and the large presence of aircraft leasing companies based in Ireland.

Irish economic growth is set to continue in 2022, largely driven by a strong export sector but challenges ahead with inflationary pressures and rising interest rates.

Another way of measuring the economy is modified domestic demand (MDD). This is the sum of personal and Government consumption and investment, and excludes things like changes in the value of stocks.

MMD is set to increase by a slower pace than previously expected, the ESRI has said, with growth of 4.4 per cent expected this year and 3.7 per cent in 2023, compared to 5 per cent and 4.5 per cent previously.

The ESRI also pointed to the European Central Bank (ECB) signalling that monetary policy rates are set to increase over the coming quarters.

As Covid-19 supports have ended, the unemployment rate has eased considerably; the ESRI is expecting unemployment to fall further as a result, reaching 4.3 per cent by the end of the year and averaging at 5 per cent for the year.

An unemployment rate of 4 per cent is expected in 2023.

The ESRI report also noted that a strong labour market, “robust” growth in taxation receipts and a “significant” contingency fund set aside in the last Budget, “allows the Government some scope in alleviating higher living costs for low-income households”.

Report author Kieran McQuinn said: “There are significant downside risks to the growth outlook with greater inflationary pressures being the most pressing.”

Conor O’Toole of the ESRI stated: “The challenge for policymakers now will be to respond to higher inflation against a backdrop of tight labour markets and rising interest rates.”