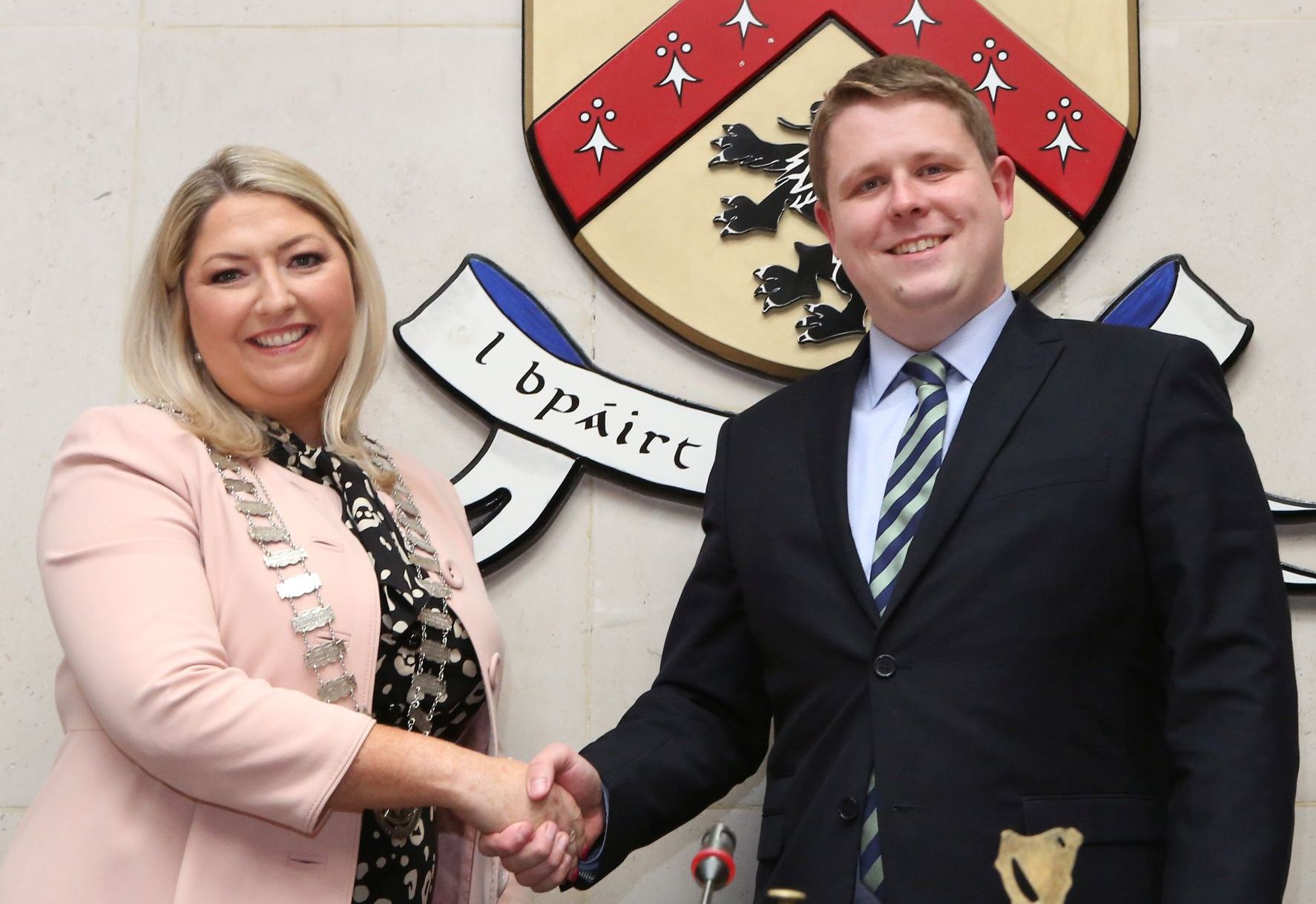 Accepting the chain of office at today’s AGM of Laois County Council, Cllr Connell promised that the inclusion of all communities in the county would be top of her agenda as Cathaoirleach.

Cllr Aird described her as “a great debater and a good and diligent worker”, while Cllr Walsh said that Cllr Connell had given him valuable support since he became an elected member.

“Clearly, she’s a strong advocate for people in the community,” Cllr Walsh said.

Challenging her for the top spot was Cllr Ben Brennan, independent, who was proposed by Sinn Féin’s Cllr Aidan Mullins and seconded by Cllr James Kelly, independent.

Cllr Mullins said his nomination of Cllr Brennan was “in the interests of equanimity and fairness”.

“As we know, the position tends to be monopolised by the larger groupings in the chamber,” said Cllr Mullins. “Ben has been here for 13 years and consideration should be given to looking outside the status quo now and again.”

And Cllr Kelly said Cllr Brennan was “a great activist and a great worker”, so he had no hesitation in seconding his nomination.

Following a vote of the council members, Cllr Connell was elected by 13 votes to five.

Cllr Connell said it was an incredible honour and privilege to address the meeting as Cathaoirleach and be afforded the opportunity “to represent the collective interests, needs and aspirations of this great county”.

“I have always been committed to positively promoting our county, which is so rich in history, heritage, and strength of community. Laois is a county of strong communities. Tolerance, inclusion, economic opportunities, and efficient public services remain key to keeping our communities strong. It is my intention that my year will be marked by my endeavours to include all communities in the county, to listen and act on the issues that they raise,” Cllr Connell said.

She said that the key areas she would be focusing on are housing, transport, business and enterprise, community, and integration and inclusion in our society.

“Today, in 1846, Charles Stewart Parnell was born, and it is appropriate to quote him: Without the help of the people, our exertions will be as nothing,” said Cllr Connell.

Cllr PJ Kelly was elected by 13 votes to five.

Cllr Kelly said it was a huge honour to be elected. “I’ll do my level best to help you out any way I can this coming year. No doubt we will work well together,” he said to Cllr Connell.