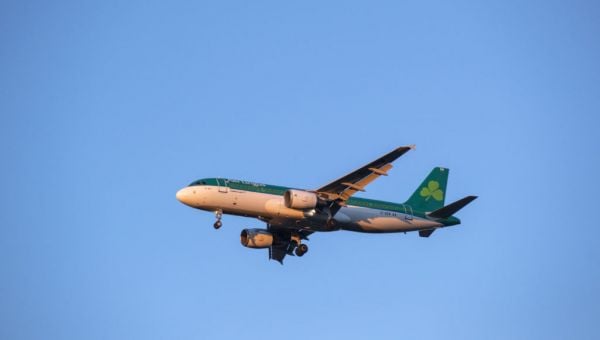 More than 30 flights departing and arriving at Dublin Airport on Friday and Saturday have been cancelled today.

The cancellations impact flights within Europe and the majority are with Aer Lingus, although British Airways and TAP Air Portugal also cancelled one flight each on Friday.

Aer Lingus has cancelled a total of 31 flights across the weekend, with 21 flights into and out of the airport cancelled on Friday, including nine return services, and 10 further cancellations for Saturday.

“Due to a spike in Covid cases, Aer Lingus has been forced to cancel nine return flights and one direct flight today, Friday 1st July, and three return flights tomorrow, Saturday 2nd July,” the airline said in a statement.

“Just over one per cent of Aer Lingus flights have been impacted by cancellations in June.

“Aer Lingus wishes to apologise to those impacted and teams at the airline are working to re-accommodate impacted passengers on the next available services as efficiently as possible.”

Amid ongoing issues at the airport, airlines have cancelled numerous flights from Dublin this week in the face of bottlenecks, strikes and staff absences driven by Covid-19.

Close to a third, or 27 per cent, of flights cancelled at Dublin Airport this week were chalked off within six hours of take-off.

“The real problem, I did a count today, 27 per cent of the flights cancelled within the last week in Dublin Airport were within six hours, so that’s a big problem when passengers are already in the airport,” he told Newstalk. “I’m expecting to see less of that going forward.”