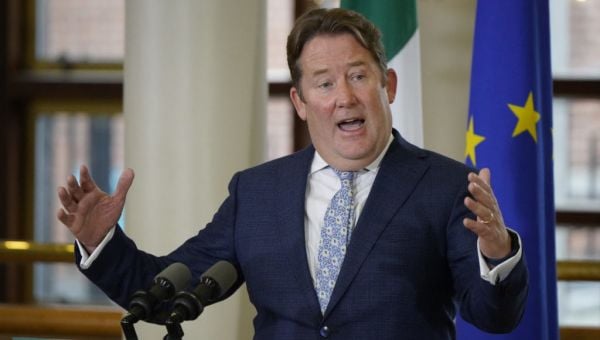 Up to nearly €3 billion could be needed to remedy defects in more than 100,000 Celtic Tiger-era apartments, the Government is to be warned by independent working group.

The group, set up by Housing Minister Darragh O’Brien and due to report back next week, has found that fire safety, water ingress, and structural issues are present in 80 per cent of apartments built between 1991 and 2013.

With average remediation costs of more than €25,000 and just 10 per cent of apartments having been repaired, the bill could come in anywhere between €1.7 billion and €2.8 billion.

Tánaiste Leo Varadkar told the Dáil on Thursday that there would have to be State intervention.

It is understood that the key issue found — in 40 per cent to 70 per cent of homes — was fire safety.

This is largely down to inadequate fire stopping, with many homes having no fire-stopping measures.

This, experts have warned, removes the so-called “golden hour” for apartment owners — the time it would take for a fire to spread in a building.

A further 25 per cent-50 per cent of units have some form of water ingress, which can lead to damp, with 5 per cent to 25 per cent having structural issues.

The working group has warned that some owners management companies (OMCs) are reluctant to begin any works in case a Government scheme is not retrospective.

Labour leader Ivana Bacik told the Dáil on Thursday that families are “living in fear”.

There is the fear of debt due to the cost of fixing the defects, but also a fundamental fear about safety in their homes, primarily due to fear of fire because these homes were defectively built,” she said.

The Tánaiste said he had seen the issue in his Dublin West constituency and that the “basic principle” was that the Government would assist.

“People have been sent bills, sometimes for €10,000 and sometimes for as much as €60,000 per apartment, to carry out necessary repairs,” he said.