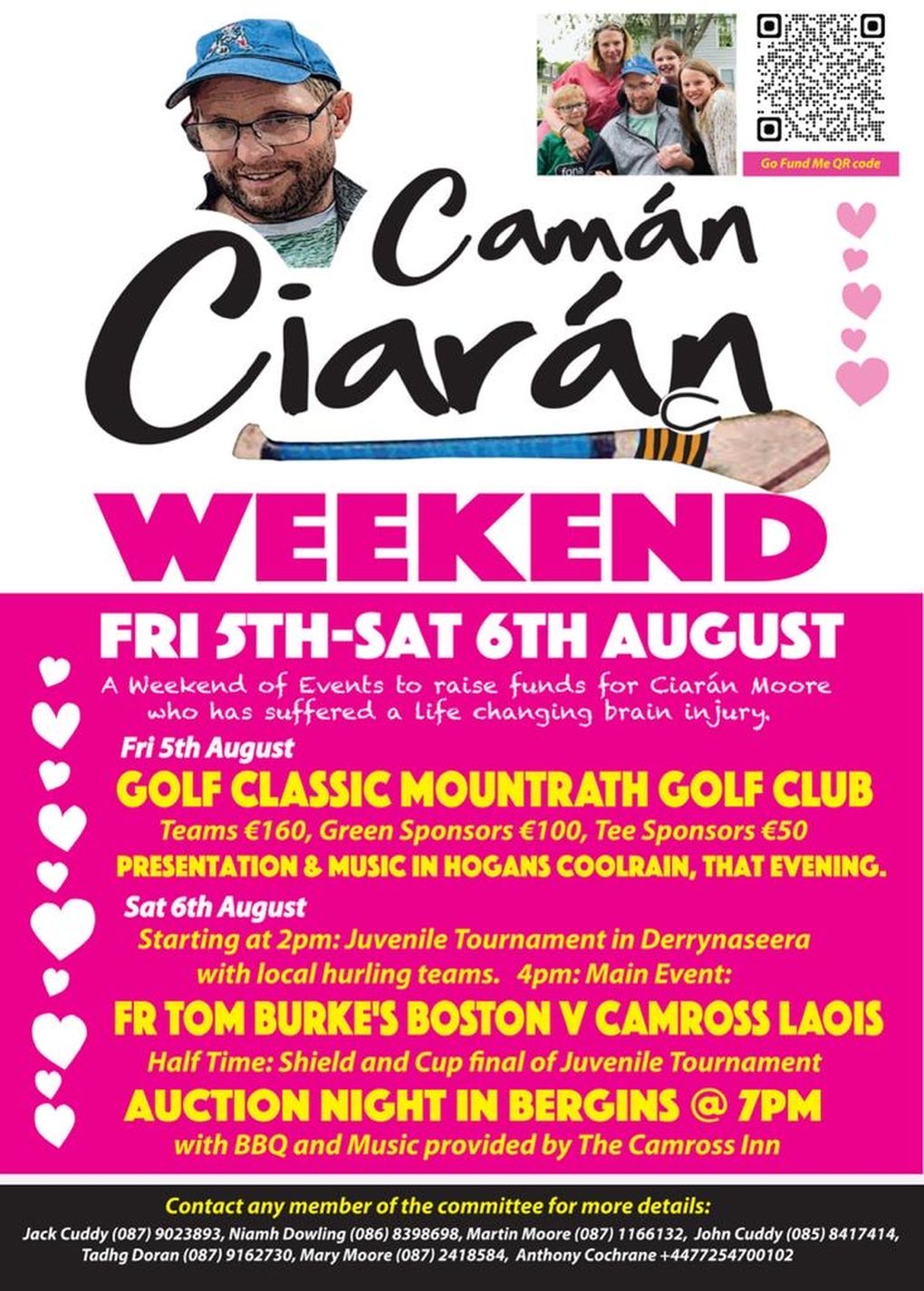 A KIND community will turn out in force this weekend to help a father-of-three, who suffered a severe brain injury in a shocking assault.

The ‘Camán Ciarán’ weekend will reflect the generosity of people in Camross and surrounding areas, who have stepped up to support former GAA player Ciarán Moore and his family.

The former Camross club hurler, known locally as Huck, was discharged from hospital in June, six months after an unprovoked attack that left him in a coma. He suffered a Traumatic Brain Injury (TBI) when he was punched by a stranger in a Boston pub last Christmas.

The 42-year-old from Knocknagad, Camross, who lives in Boston, is confined to a wheelchair and requires long-term therapy, rehabilitation and round the clock care. When he was rushed to hospital after the assault, surgeons had to perform an emergency craniotomy, removing part of his skull in an attempt to reduce the impact of swelling.

The perpetrator, who has appeared before the courts for aggravated assault, was released on $25,000 bail and must wear an ankle monitor until his trial.

It has been a very distressing time for Ciarán’s wife Shauna, children Eve (12), Emme (8) and Micheál (6) and his family back home in Camross, where he maintains strong links.

Ciarán is passionate about hurling and is still strongly associated with Camross GAA Club, having represented both club and county. The second youngest of six children of Maureen (née Cuddy) and the late Micheál Moore from Knocknagad, he is from a strong hurling family that includes his uncles Kieran Moore and Ollie and Martin Cuddy.

Ciaran and two of his brothers moved to Boston almost 20 years ago and worked with the family business Brenco Construction, while also being heavily involved with the GAA scene in the city through the Fr Tom Burke club, where Ciarán was a player and later a manager.

Since the attack, the family home in Boston has been adapted and modified to meet Ciarán’s needs. Friends in the Camross area came together to organise a fundraising campaign for his ongoing medical needs.

The ‘Camán Ciarán’ weekend will begin with a golf classic in Mountrath Golf Club this Friday 5 August. Teams are €160 and greens/tees can be sponsored, with green sponsorship costing €100 and tee sponsorship €50. Prizegiving will be in Hogan’s, Coolrain that evening.

On Saturday, a juvenile hurling tournament in Camross GAA grounds at 2pm will be followed by a hurling match between past Fr Tom Burke players and Camross at 4pm, with post-match music and a barbecue in Bergin’s The Camross Inn at 7pm. Many ex-county players from around Ireland will line out for the Fr Tom side. A sports auction will also be held, with memorabilia including a Boston Celtic polo shirt recently worn by golfer Shane Lowry.

Ciarán requires 24/7 care and has limited mobility on the left side of his body, in which he has intense pain and cannot use his left arm or hand. He is slowly learning to walk again and has issues with short-term memory, speech and sight. 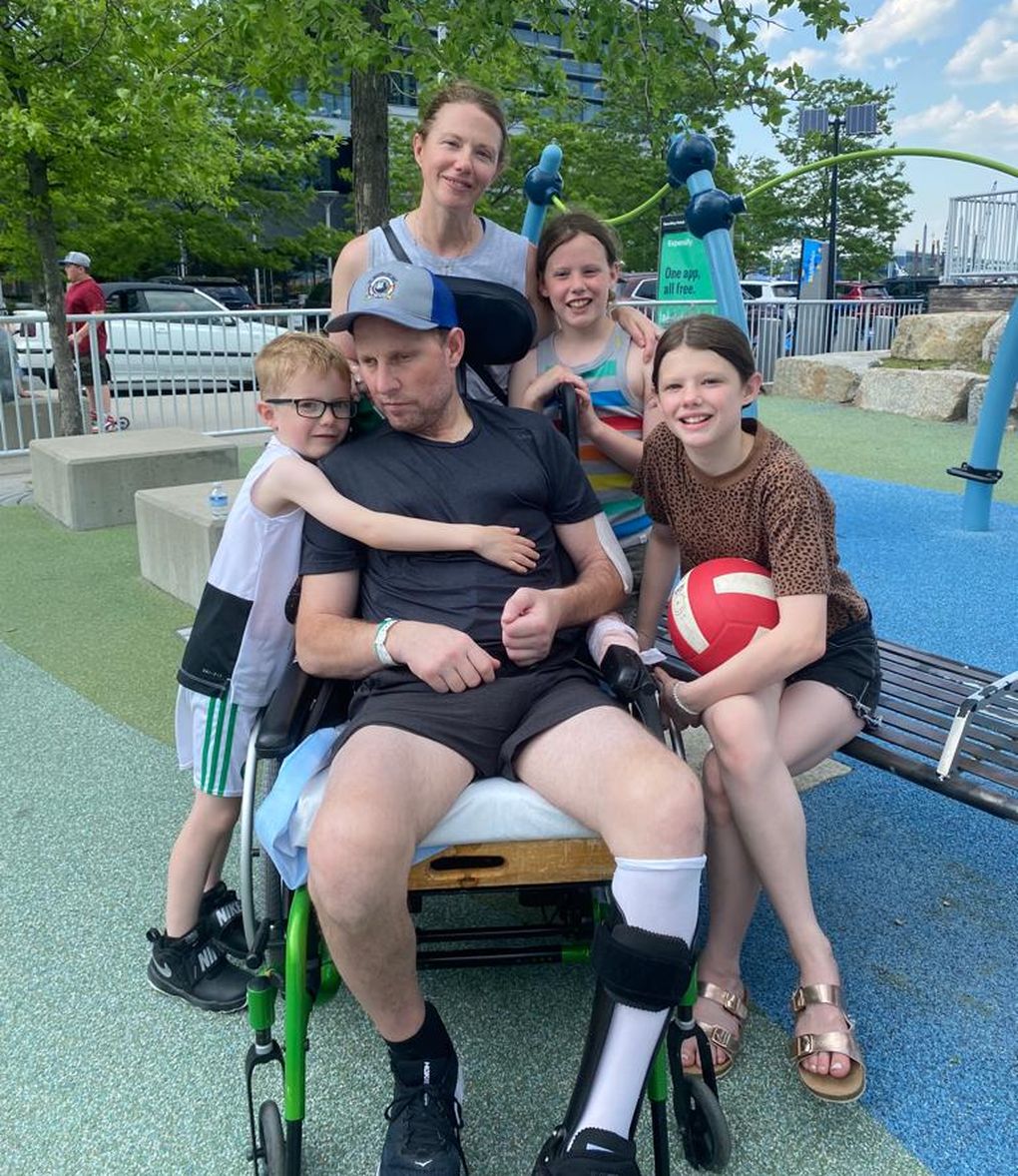 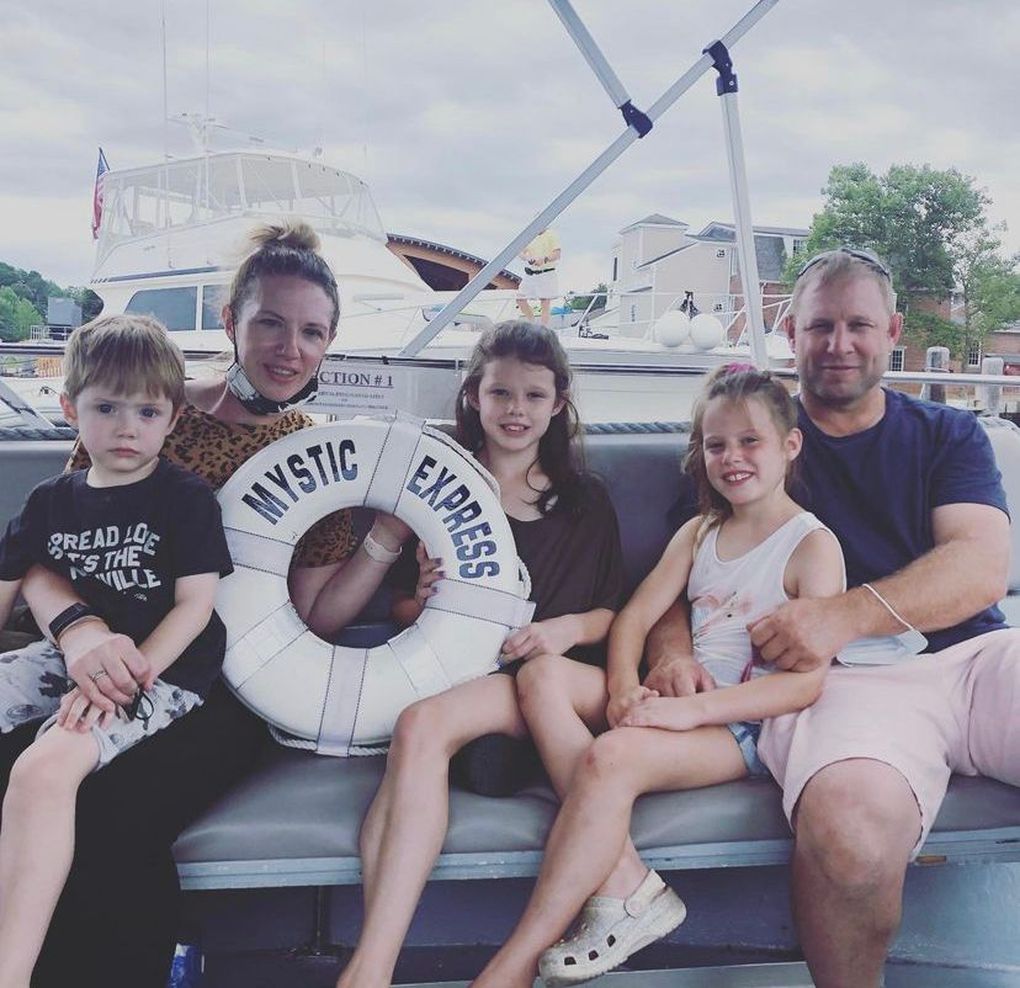 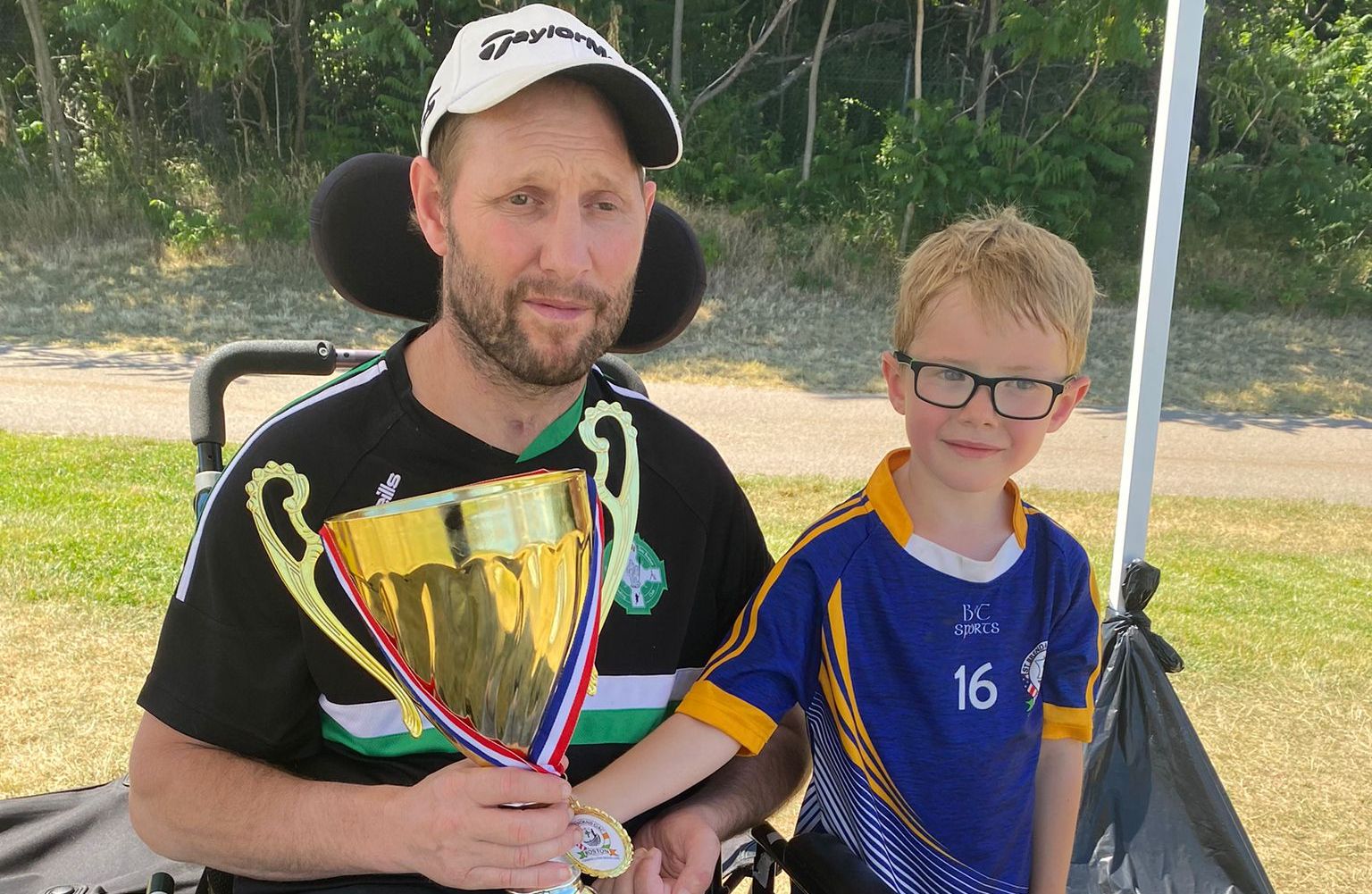 Ciarán and his son Micheál