BROTHER AND SISTER DROWN WHILE SWIMMING ON KERRY BEACH 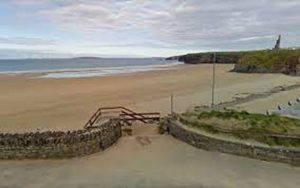 The bodies of a brother and sister who drowned after they got into difficulty while swimming off Ballybunion in North Kerry this evening have been recovered.

The Irish Times is reporting that the two siblings, who have not yet been named, are understood to have been in their 50s and from the midlands.

The alarm was raised sometime before 7 p.m. when the Irish Coast Guard Marine Rescue Co-Ordination Centre, Valentia received a call and a major search and rescue operation was into place.

The Irish Coast Guard Sikorski helicopter, Rescue 115 was tasked from Shannon while both the Ballybunion Community Inshore Rescue boat and Kilrush RNLI Lifeboat were also launched.

The body of one of the swimmers was brought ashore while the operation was being launched and the person was pronounced dead by a local GP as the search operation for the second person began.

The second casualty was recovered from the water by the Ballybunion Community Inshore Community Boat and brought ashore where they too were pronounced dead by the local GP.

It’s understood that both bodies have been removed to University Hospital Kerry in Tralee for post-mortems, which will form part of a Garda file into the tragedy for inquests at the Coroner’s Court.