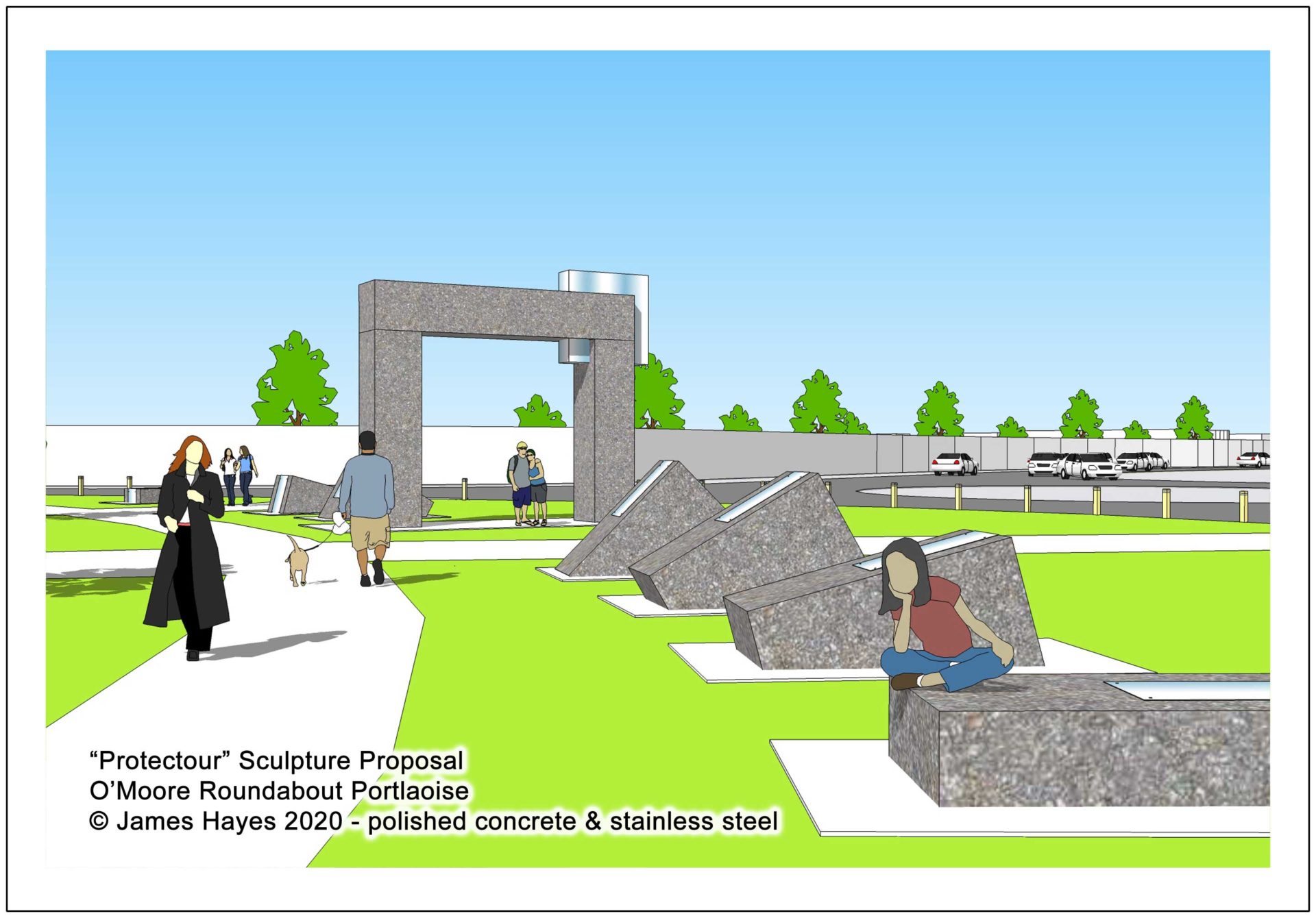 A HUGE sculpture marking the ‘gateway’ to Portlaoise is set to be completed in coming weeks.

The work titled ‘Protectour’ reflects the layout of the town’s historic Fort Protector, while also celebrating sport to mark its location near O’Moore Park GAA grounds.

The sculpture on the Abbeyleix road, in poured and polished concrete by local company Uniqrete, is envisaged as “a portal to Portlaoise that marks both past and present” and includes a hidden time capsule.

It was commissioned by Laois County Council, in an open competition under the Government Per Cent for Art scheme.

In a statement today, the county council’s arts office said the focal point of the sculpture is “a large portal that seeks to mark both past and present, in reference to both the Old Fort and to the celebratory nature of sports” at nearby O’Moore Park.

The statement said: “Its structure is inspired by the footprint of the historic Old Fort, which was essentially a square fort with a square tower on one corner. Accompanying this portal are seven smaller forms, placed so that they sweep through in a curving and rotating composition.”

The seven smaller concrete forms represent the seven septs of Laois: O’Devoy (O’Deevy), O’Doran, O’Dowling, McEvoy, O’Kelly, O’Lalor and O’Moore. These were the original Gaelic clans that lost their lands and were driven out of Laois to Munster and Connaught, during the notorious plantations begun by Queen Mary in the 16th century.

The sculpture was created by Wicklow artist James Hayes, who says the large portal and the smaller forms represent “a historic transfer of power” in the county.

The arts office describes the piece as large and bright enough to be easily visible from a distance by pedestrians and drivers, so that it can be taken in at a glance.

They said: “It is anticipated that the artwork will in time become a focal point, a place of interest, a landmark of both the approach and exit to Portlaoise.”

They added that it was important that the new artwork for Portlaoise reflected “the time, place and space of the local community”, so they assisted James in engaging with local interest groups and schools during the Covid pandemic, to create and gather material for a time capsule that is hidden away inside the sculpture.

The arts office said: “The time capsule will, when it is opened in future years, reflect the happenings in the lives of these people over the period of the creation of the artwork.”

James has created other artworks in conjunction with Laois arts office, notably the Percent for Art Scheme commissioned for the Laois Arthouse in 2011 and the Emo Court Art Symposium of 2005. He exhibited a new work in the Laois Arthouse 10th anniversary exhibition ‘In Trust. In Gratitude. In Hope.’ in 2011 and 2022.

An official launch of the sculpture will be held on Culture Night on Friday 23 September. 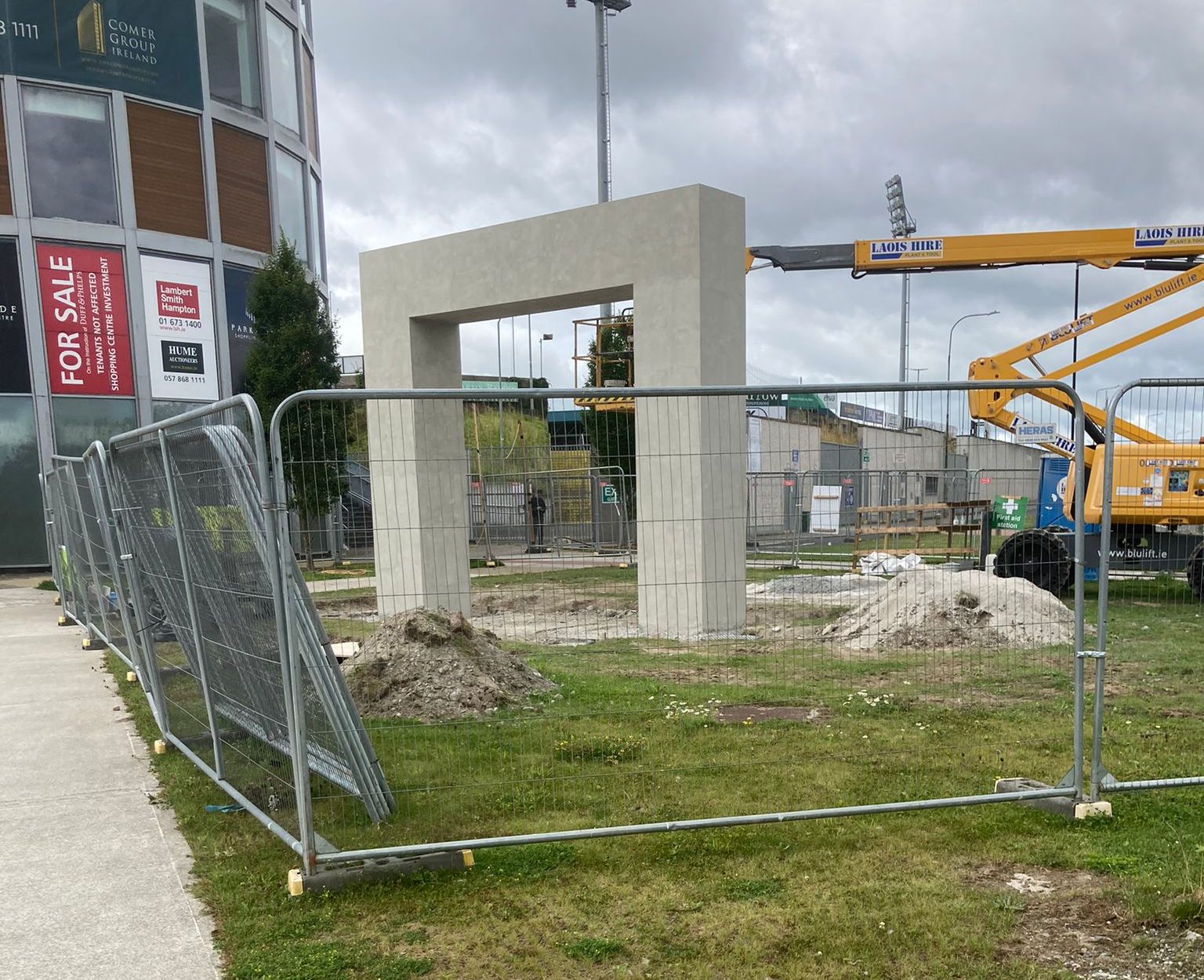 The ‘Protectour’ sculpture under construction near O’Moore Park