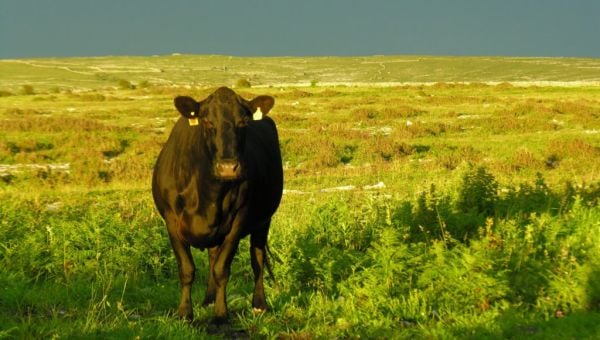 A proposal to set up a citizens’ assembly on agriculture and food production is “ill thought-out” and “the wrong model”, according to the Irish Cattle and Sheep Farmers’ Association (ICSA).

Labour TD for Cork East Sean Sherlock said a citizens’ assembly should be set up on the future of agriculture in Ireland, following a prolonged debate within Government over what sectoral emissions ceilings should be set for key sectors of the economy.

These discussions resulted in a compromise rate of a 25 per cent cut on agriculture’s emissions, with a reduction rate of 75 per cent for the electricity sector and a 50 per cent reduction for transport.

In a statement this week, Mr Sherlock said that following weeks of negotiations between ministers, “we need to have a national conversation on what the future of agriculture would look like”.

“In order to take the next steps together, free of political short-termism, Labour is calling on Government to convene a citizens’ assembly on the future of agriculture and food productions in Ireland.”

Farming and rural groups have questioned such a proposal, arguing that expertise was needed to discuss agricultural issues, that a citizens’ assembly may not be the best forum to make progress, and that it may double up on previous work.

“After a couple of weeks where everybody seems to have an opinion about farming, farmers are, I’d say, a little bit raw after being lectured about how they’re destroying the climate for the last few weeks,” Mr Punch said.

“Farmers are interested in farming more sustainably all of the time. But they’re also interested in producing food, they’d like to produce energy as well if they were given any chance by the Government, and they of course have to put bread on the table for their families as well.

“I suppose the concern with a citizens’ assembly is that what you end up with… (is) a lot of people who don’t necessarily have a stake in agriculture, who don’t have an understanding of what it is to farm.”

He added that this does not mean people who are not farmers should not have a view on farming, but that there are problems with asking people who do not farm to come up with solutions on how to improve the industry.

“Most of the farming they are doing today is the result of years and years and generation after generation of trial and error to see what works best.

“And that doesn’t mean there isn’t room for improvement – but it also means you can’t suddenly turn all these cattle farms into carrot-growing farms.

“What I’m saying is that it is an incredibly complex set of decisions to be made by 130,000 farmers.

“Farmers are open to change all the time, but the notion that 100 people gathered in a hotel in Dublin for eight weeks, randomly selected, most of whom have never grown anything in their lives or don’t know anything about farming, the notion that they could chart a better course than people who have given a lifetime of experience to farm as best they can, I think it’s an ill thought-out proposal, to be honest.”

He added: “Farmers might be lucky to be 20 per cent of the people presenting to the citizens’ assembly.

“What I’m saying is you can’t come up with grandiose plans for agriculture if you don’t have a fund in place to make it happen.

“There’s an immense amount of complexity in this which has huge financial implications and, quite frankly, I don’t think a citizens’ assembly has the ability to take all those things into consideration.

“And even if it does, unless the Government says ‘We’re going to put €20 billion on the table, and based on what you come up with, we’ll allocate it’, maybe… but we’re into the realms of football fantasy league then at that stage.”

Macra na Feirme, a voluntary organisation representing 11,000 young people from rural Ireland aged 17-35, said that a governmental group has already been convened earlier this year to advise on this issue.

“In March 2022, the minister for agriculture established the National Fodder and Food Security Committee (NFFSC). This committee is tasked by the Government with preparing an industry response, contingency plans and advice to assist farmers in managing their farm enterprises through a period of high input price inflation and potential supply pressures.

“This committee was originally envisaged as a response to the fodder crisis, as a result of an intervention by Macra na Feirme, food security was included in the terms of reference.

“The NFFSC is a body that is headed by Teagasc with a membership of all the major representative organisations.

“As this body comprised of industry experts, has already been convened and possesses a conduit back to the Government through the minister for agriculture, Macra na Feirme is of the opinion that this is the body that should advise on all matters relating to agriculture and food production.”

Chairman of the Irish Grain Growers group, Bobby Miller, said the group would be “in favour of any positive conversation” in relation to tillage farming and in order “to move to solutions, we need a good conversation, there’s no doubt about that”.

“Any conversation that helps meet our targets is a good day’s work.

“As tillage farmers, we feel we’ve been left out of the equation too much. From our point of view on climate change, we have a very little carbon footprint. Tillage-only farms are very close to being carbon-neutral.”

Mr Miller said as far as his group is concerned, there are opportunities for the grain industry to “blossom” while also tackling climate issues.

Citizens’ assemblies have been held in Ireland on the Eighth Amendment of the Constitution, the ageing population, fixed-term parliaments, referenda, climate change and gender equality.

One hundred members, including an independent chairman and 99 randomly-selected members of the public, convene to examine legal and policy issues for several weeks and to bring forward proposals for the Government to consider.

There are two citizens’ assemblies currently being held: one on biodiversity loss and one on whether a directly-elected mayoral system is best suited for Dublin.

Others are planned for drug use and the future of education.

Mr Sherlock said in his statement that he has “great sympathy” for farmers who were told to “leverage up, gear up and move into dairy”.

“We’re already seeing evidence of co-ops providing access to psychological and counselling services because of the pressure that farmers are under.”

Making an argument for the citizens’ assembly that would hear from non-governmental organisations, environment groups, business, agriculture and civil society representatives, he said: “Such an assembly could consider everything, from our food strategy to innovative and green ways of farming.

“Forestry is still the poor relation and we are way off our afforestation targets.

“Our way of working needs to change and Government has a responsibility to deliver a just transition to our farming communities to lower emissions and protect livelihoods.

“That involves more farmers being paid to sequester carbon.

“A free market approach will not deliver sustainable agriculture and decent farm incomes.

“A citizens’ assembly must look at how we find solutions to these challenges.”