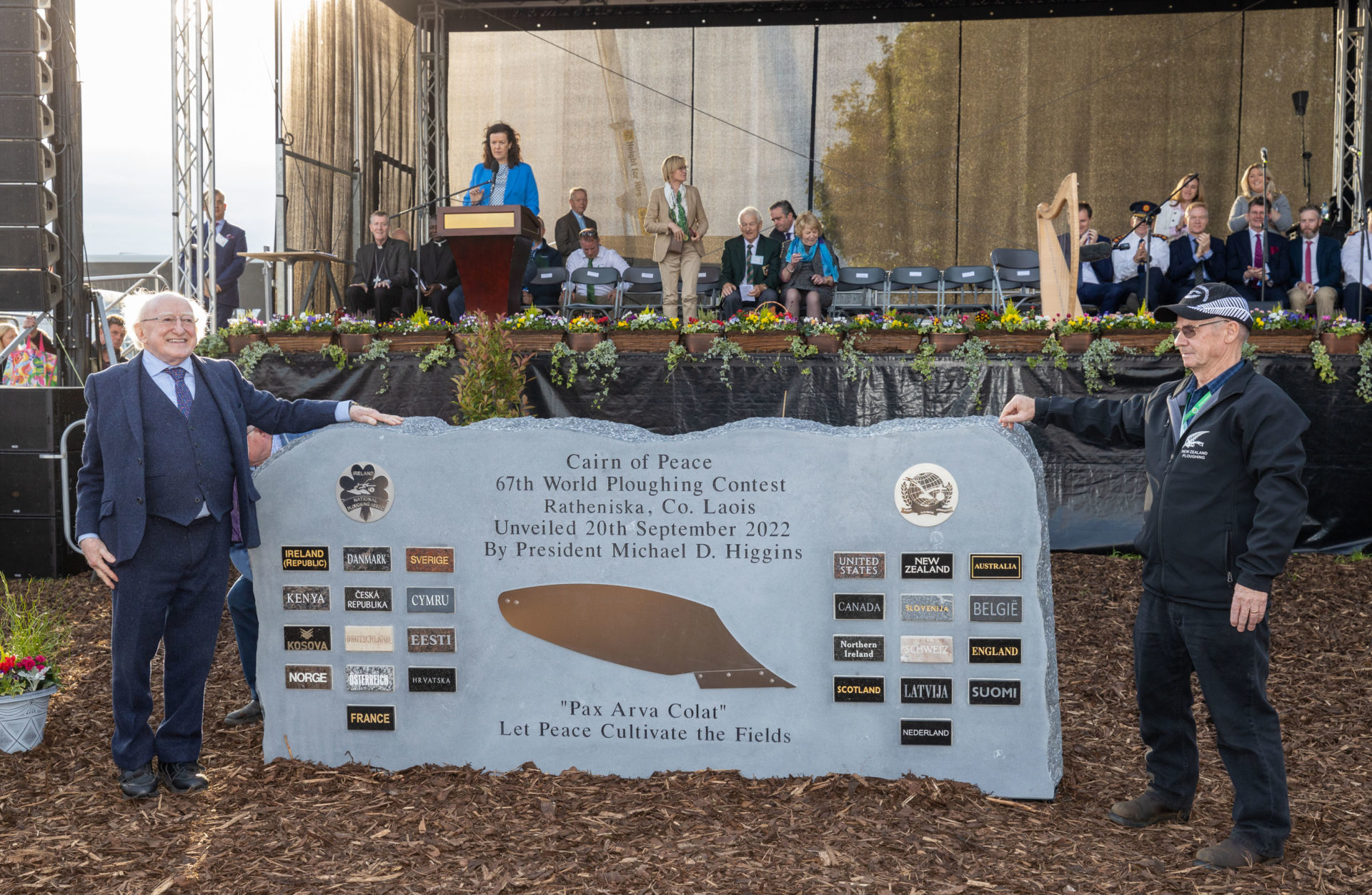 A STUNNING sculpture crafted in Stradbally was unveiled by President of Ireland Michael D. Higgins at the thronged National Ploughing Championships in Laois.

The stone monument titled ‘Cairn of Peace’ commemorates the World Ploughing Championships, which are being staged in Ratheniska this week together with the national event.

Carved by McKeon Stone of nearby Stradbally, the cairn is made from stone that is 350 million years old and contains engraved insets from each of the 26 participating countries.

Unveiled by President Higgins and World Ploughing Organisation chairman Colin Millar, it will remain at the Ratheniska site as a permanent memorial to the 2022 World Ploughing Championships.

The world championships were to be held in Russia this year but Ireland stepped in at the last minute, after plans were cancelled due to the invasion of Ukraine.