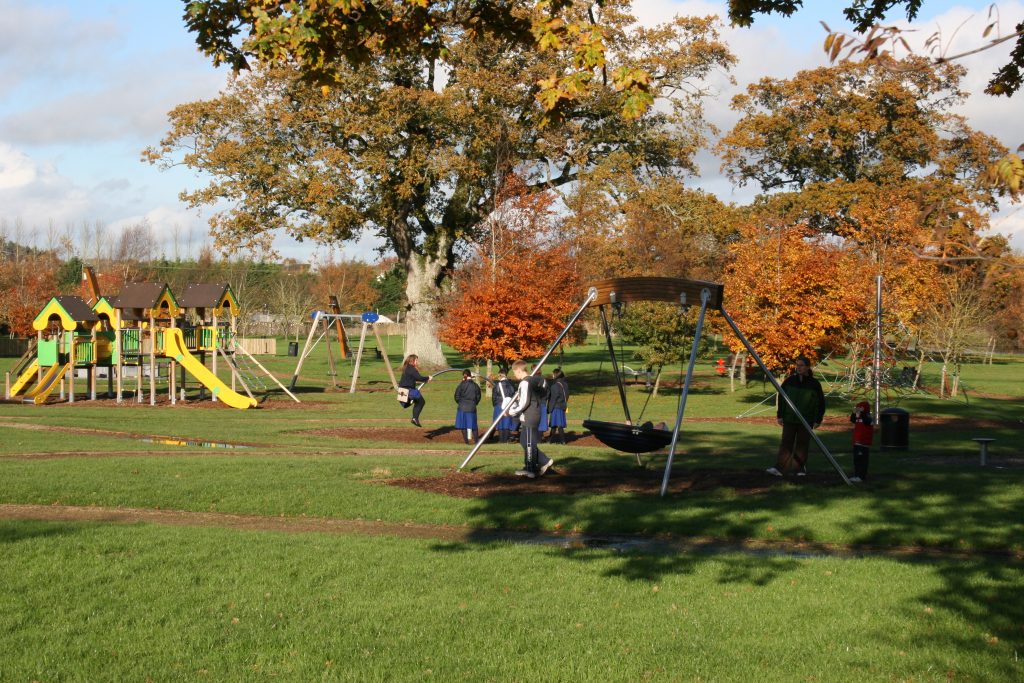 The playground at the People’s Park in Portarlington

THE council has been waiting five months for replacement parts to arrive from Europe to repair equipment in the children’s playground in Portarlington, prompting cllr Aidan Mullins to ask for a new supplier to be sourced before equipment breaks at the county’s other playgrounds.

At the September meeting of Graiguecullen-Portarlington Municipal District, cllr Mullins asked Laois County Council to give an update on the repair and replacement of damaged and missing equipment in the children’s playground in Portarlington.

He received a response from sports and leisure officer Ann-Marie Maher saying that the specialist parts have been on order for 12 to 16 weeks and the council is experiencing considerable delays from the manufacturers. Two pieces of equipment have been delivered and will be installed, while equipment for the zip-line has been shipped and will be installed when it arrives. The council is awaiting delivery of the final equipment.

“The sad thing about this is that a large amount of the equipment has been damaged or removed since last April, which means it’s been out of operation for the whole of the summer,” said cllr Mullins.

“Five months later and we’re still waiting on parts to be replaced. The company supplying the equipment has to go to Europe for the spare parts. The fact that it’s taken five months, I’d be asking could we source a different supplier. If this happens again and equipment breaks down, we’re going to have to wait another six months. I don’t think it’s acceptable.”

Cllr Mullins said that if the company is supplying Portarlington, then it could be the same supplier for all the parks in the county. He asked if there is another source the council could use.

Seconding the motion, cllr PJ Kelly said people had asked him for an extra seating area in the park.

In response to the motion from cllr Mullins, director of services Gerry Murphy said he would check out whether another supplier was available.