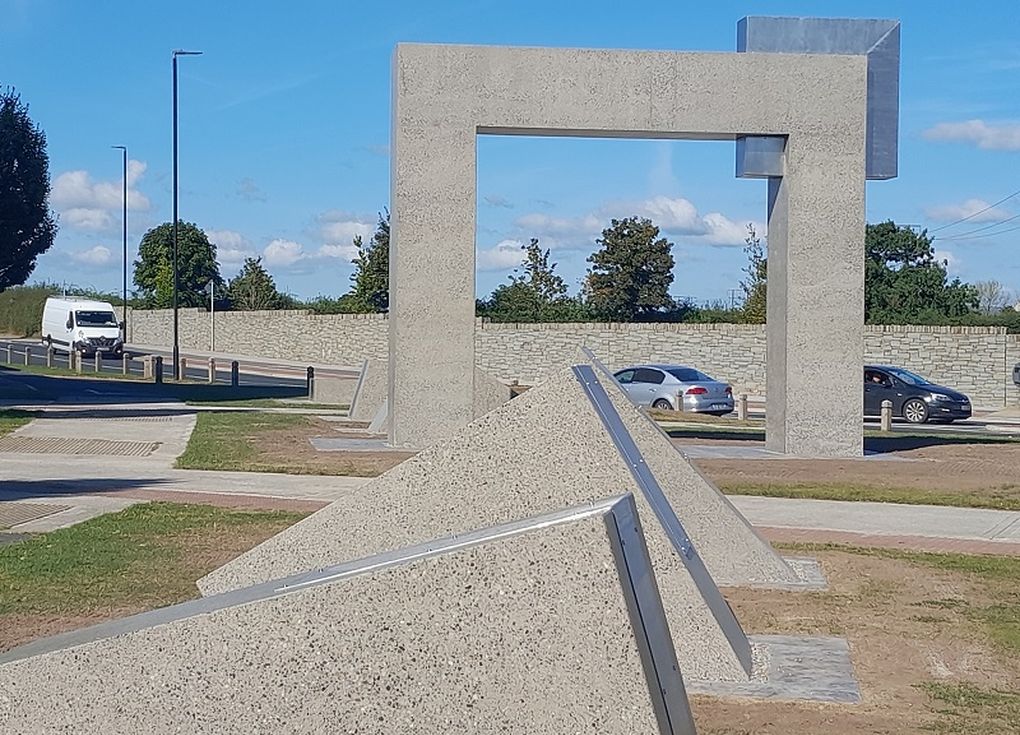 THE striking new sculpture ‘Protectour’ will be officially launched in Portlaoise this afternoon.

All are welcome to the official launch of the sculpture, created by artist James Hayes, at 4.30pm beside O’Moore Park.

The polished concrete and stainless steel artwork references the footprint of the historic Old Fort, Portlaoise and the celebratory nature of sport and participation to mark the nearby O’Moore Park GAA grounds. The seven smaller concrete forms represent the seven septs or clans of Laois; O’Devoy (O’Deevy), O’Doran, O’Dowling, McEvoy, O’Kelly, O’Lalor and O’Moore.

These are the original Gaelic clans that were then transplanted out of Laois to Munster and Connaught.

The large portal and the smaller forms represent a historic transfer of power in Laois. This artwork was commissioned under Open Competition by Laois County Council and funded by the Per Cent for Art scheme. Project Curator was Rina Whyte.

Installed in August 2022, it will be launched by Laois County Council Cathaoirleach cllr Thomasina Connell.