Portlaoise Court: Teenager gets ‘souvenir’ for  his court appearance 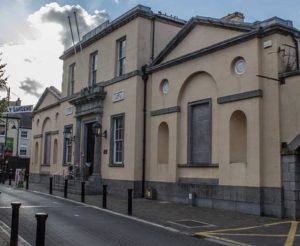 A teenager who was before a recent sitting of Portlaoise Juvenile Court was given the Probation Act “as a souvenir of his visit to Portlaoise”.

So said Judge Michèle Finan when the now 18-year-old pleaded guilty to unauthorised taking of a vehicle from Brady’s Garage, Portlaoise on 2 October 2020 and to two counts of criminal damage at a Laois care centre on 5 December 2020 and 12 January 2021. Garda Sergeant JJ Kirby said a vehicle was reported missing from Brady’s garage. The same car was found crashed with two juveniles in it, one being the defendant who was a backseat passenger at the time.

Sgt Kirby said the defendant had 18 previous convictions, most for road traffic offences.

Solicitor Aonghus McCarthy said that his young client had come from “an area well-known for joyriding”.

The solicitor said: “You can’t drive around it for more than 100 yards without going over a ramp to slow you down. He fell in with a number of undesirables. He’s now living with his brother and sister. His girlfriend has come with him today and she appears to be a good influence on him.”

Noting that the young man had been in care at the time of the offences, Judge Finan applied the Probation Act “as a souvenir of his visit to Portlaoise”.

Before finalising the case, the judge told the young defendant: “Stay out of trouble.”

*The identity of defendants in Juvenile cases are not permitted by law to be published.