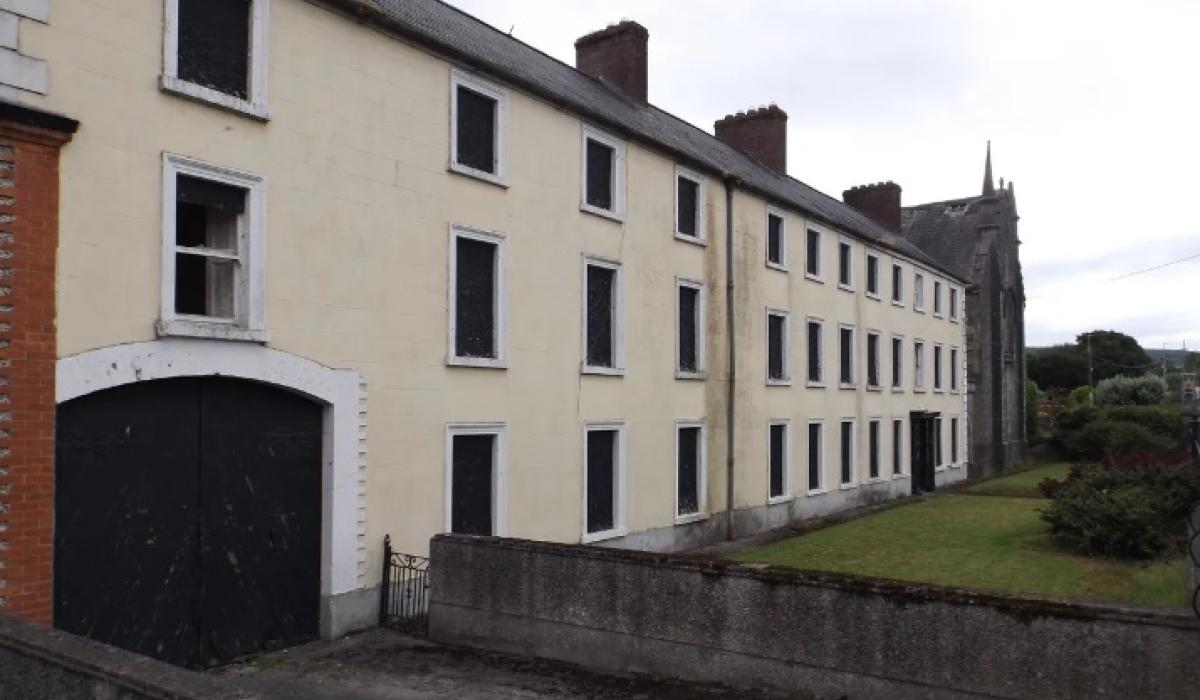 The former Presentation Convent in Stradbally, which has been vacant for many years

COUNCILLORS in the Graiguecullen-Portarlington Municipal District have unanimously agreed that Laois County Council should buy the old convent in Stradbally, with a suggestion that the building could be turned into a business hub to support local enterprise.

At the September district meeting, cllr Paschal McEvoy repeated his previous call on Laois County Council to consider purchasing the old convent, which has come on the market recently.

He received a response from director of services Donal Brennan, saying that the site is a protected structure, and so while acknowledging the value of the site in the town centre, the challenges of developing the site would have to be assessed and considered.

Cllr McEvoy said this was “a strange reply, to say the least”.

“It’s giving absolutely no information. It’s the old convent, and there’s a small church with it. Unfortunately, when the sisters were leaving Stradbally, they put this up for sale and it was sold. It should never have happened. The council should have looked into at the time and bought it, because it’s part of what Stradbally is,” said Cllr McEvoy.

“I know it’s a lot of money, but this needs to be looked at. I ask that this building be considered to be taken over, it would make a great hub for people working from home and small enterprises,” said Cllr McEvoy.

Supporting the motion, Cllr PJ Kelly said it was a landmark building in Stradbally.

“It’s an iconic building, it would be a shame if the council was not in a position to buy it,” said Cllr Kelly.

Cllr Aidan Mullins said it was a strategically located building that would benefit the community, and Cllr Ben Brennan said it was sad to see the building being left there dilapidated.

“It’s history-making in the town. There are grants out there to develop it,” said Cllr Brennan, adding that it was “steeped in history”.

And Cllr Padraig Fleming said the council should act immediately as the building would be a great asset to have.

In conclusion, Cllr McEvoy said it was great to have all councillors speaking in favour of the motion.