Councillors call for revival of flour milling industry in Laois 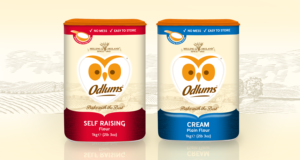 AS most flour bagged in Ireland comes from wheat imported from other countries, Laois county councillors are calling on the Department of Agriculture to do something to promote the Irish milling industry and enable more homegrown products.

At the September meeting of Laois County Council, cllr Thomasina Connell proposed a motion calling on the Department of Agriculture to subsidise and/or promote domestic production of flour from native wheat and the associated milling industry to increase food security and reduce dependence on imports.

“We really need to look at options to revive our flour milling industry. Traditional flour millers are dying off and we need to reduce our dependence on imports. In Ireland, there’s a need for flour of all kinds. Many of the large flour producers are importing wheat, and although the flour is milled in Ireland, the wheat is imported from other countries. I am asking for a feasibility study to be undertaken into establishing a milling plant in Ireland,” said cllr Connell.

Cllr Connell said that she believed people just don’t know about this, because the packaging will indicate that the product was bagged up in Ireland, but the product is from outside the country.

Seconding the motion, cllr PJ Kelly, who pointed out that he was a producer of grain himself, said he used to grow wheat back in the day.

“Odlums was the main miller, but they don’t take in wheat locally anymore, it’s all imported now. It’s a crying shame that we have to import wheat, the wheat is priced out. I was talking to a worker in Odlums and he said it was likely that flour would become scarce in this country, if the war in Ukraine continues,” said cllr Kelly.

Cllr Caroline Dwane Stanley said that a few years ago, ‘the Beast from the East’ snowfall led to a shortage of flour as the country was waiting for it to be imported.

“There was a lot of panic buying and you couldn’t get bread; people had gone mad clearing shelves. It shows how dependent we are on other countries to import stuff to us. We need to start producing our own,” said cllr Dwane Stanley.

Cllr Willie Aird said Ireland should be very proud of producing its own.

“We have worldwide renown for producing agricultural goods of the highest standard, and wheat and flour milling and sugar would be the same. It’s very sad when you pick up a bag of sugar and see Siúcra on it and that’s coming in from England,” said cllr Aird.

Filed under: Calls to bring flour back to Laois