Documentary film about Laois to be launched in Mountrath 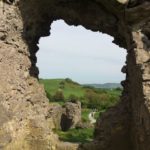 A room with a view from the Rock of Dunamase 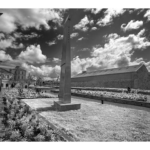 THE official launch of ***A look at Laois***, a feature-length documentary about the county, takes place on Thursday 1 December in Bloom HQ, Mountrath at 7pm.

The event, which is hosted by Laois Chamber Alliance and Laois Comhaltas, welcomes anyone involved in tourism, heritage or business, or with an interest in learning more about the county’s rich heritage.

Segments of the documentary will be shown on the night, with background music performed by members of Laois Comhaltas. This will be followed by finger food and networking opportunities.

In the film, the history of the county is illustrated by stories of local happenings, local heroes and local pioneering visionaries, all of whom have contributed to the landscape of the O’Moore County.

***A look at Laois*** was initiated by Laois Comhaltas with funding from Laois Partnership. The documentary is written, produced and directed by Laois man PJ Phelan.

Speaking about the upcoming launch, Mr Phelan said: “This documentary allows viewers to comprehend the major events of Irish history by understanding the impact of each significant occurrence within the county. It is informative, with many personalities contributing to the authentic story of Laois; monastic sites, the first aeroplane, the first shot of the 1916 Rising, inventions and sporting heroes contrast with rebellions, famine and the Big Houses.

“Filmed over a two-year period, the Laois diaspora will be particularly interested in footage captured in all seasons. Towns and villages are featured, as are stories of some of the proprietors of the Big Houses across the county.”

Footage from all four corners of Laois is captured in the documentary. The O’Moores and the Fitzpatricks are featured, being major figures who distinguished themselves during the creation of Queen’s County, which today we call Laois.

Commenting on the film, Laois Chamber CEO Caroline Hofman said: “It is wonderful to see the rich history and diverse culture of Laois captured in this captivating documentary and we are delighted to have partnered with Laois Comhaltas for the official launch. We would like to extend an invitation to anyone involved in tourism, heritage or business to attend on the night and be mesmerised and enthralled by history of the county, the local people and pioneering visionaries.

“Laois truly is a county steeped in fascinating history.”