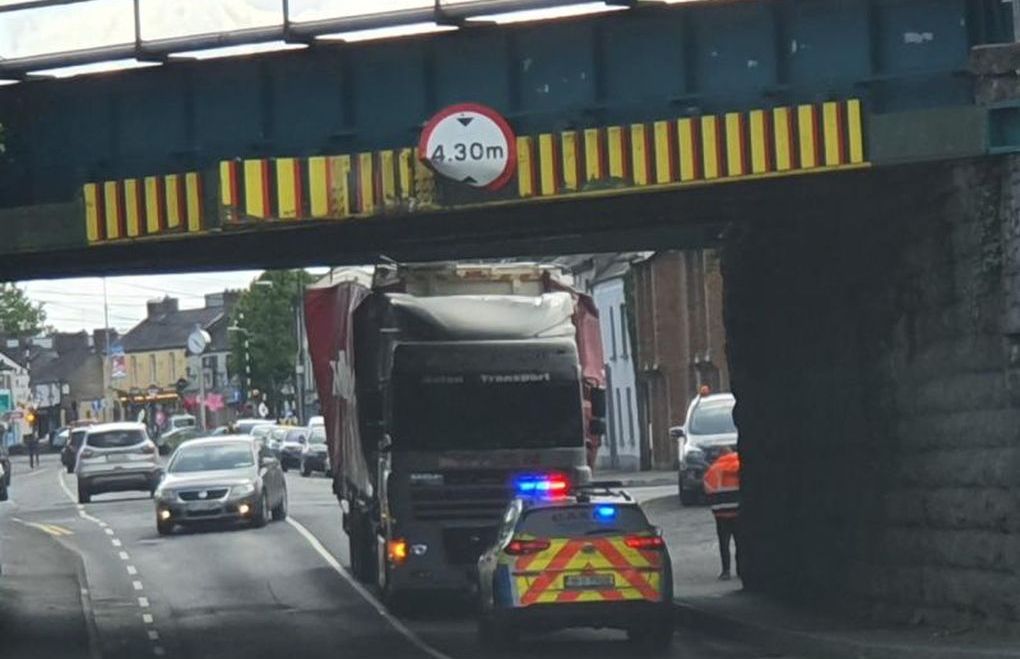 A DRIVER whose lorry got stuck at the notorious railway bridge on the Mountmellick Road in Portlaoise was fined €300 for careless driving.

Portlaoise District Court heard that the Lithuanian driver was unfamiliar with the route and relied on the GPS system, which unfortunately sent him along the Mountmellick Road. The railway bridge is regularly struck by heavy goods vehicles.

“Unfortunately, this is a regular occurrence,” Sgt JJ Kirby told the court last Thursday, adding that the driver had no previous convictions.

The driver pleaded guilty to careless driving on 25 August, reduced from a charge of dangerous driving.

Solicitor Philip Meagher said it was “a genuine mistake” and the railway bridge was poorly signposted for those unfamiliar with the route. His client was driving an articulated lorry for Nolan Transport in New Ross and was relying on the GPS system, which usually took account of bridge height, but did not in this case.

The 47-year-old had worked as a lorry driver for 12 years in Lithuania and Eastern Europe and had just started driving in Ireland, earning between €400 and €500 a week. He slowed down considerably on the approach to the railway bridge, but unfortunately did not come to a complete halt until the vehicle struck the bridge.

Mr Meagher said his client never had a road accident before, had no penalty points and was normally a very careful driver.

Names of defendants at district court sittings are not printed on our social media sites but in the Laois Nationalist newspaper, available in your local shop or in our online edition here.