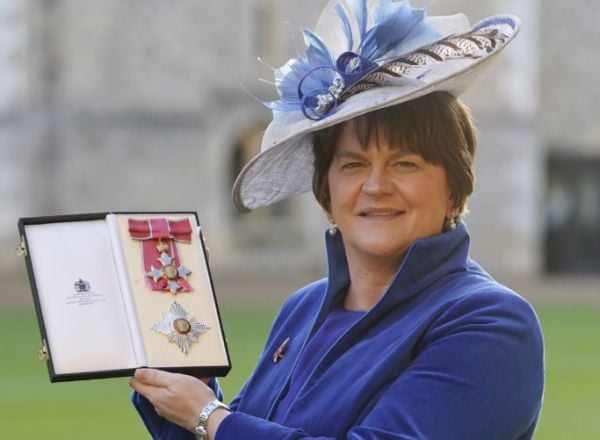 Ms Foster, who left Stormont politics last year after resigning as leader of the DUP, takes the title Baroness Foster of Aghadrumsee.

She will sit as a non-affiliated peer.

The former solicitor, who had been a member of the Northern Ireland Assembly since 2003, wore the traditional scarlet robes for the short introduction ceremony in the upper chamber, where she swore the oath of allegiance to Britain’s King Charles.