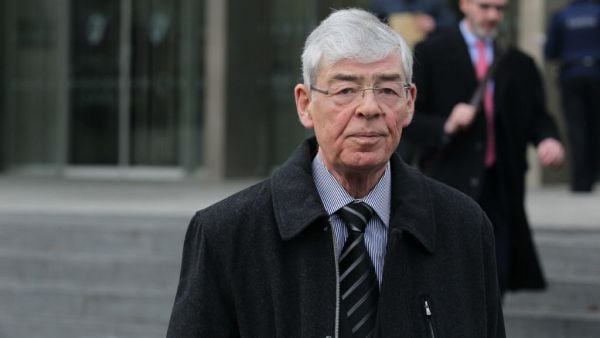 Former Fine Gael leader Alan Dukes has apologised for comments he made about people from border counties.

They were made during a documentary about businessman Sean Quinn when he claimed they “turn to violence more easily”.

He told the documentary that people from the border area have a tendency to turn to violence “in their blood”.

Mr Dukes, who is also the former Irish Bank Resolution Corporation (Ibrc) chair, has said sorry for any offence caused.

He tried to explain where he was coming from – and in particular from his time as Ibrc – and its work with Quinn Industrial Holdings.

Mr Dukes told Newstalk: “There was, as you know, strong personal violence there and the Kevin Lunney attack was outrageous. There was sabotage of material and equipment and intimidation, all of that was dreadful.

“It didn’t in any sense justify the remarks that I made, which I apologise for without any qualification.”

On Today FM’s the last word, Mr Dukes said: “Those remarks were entirely unjustified; they offended a great many people and I apologise unreservedly.”

Mr Dukes’ comments had been met with outrage today, with a number of TDs calling for an apology.

Minister for Social Protection Heather Humphreys said: “Alan Dukes comments were wrong and he should apologise. It was the people in the border area and our communities who suffered most as a result of the violence carried out by criminals and terrorists. Our communities stood against this violence for decades.”