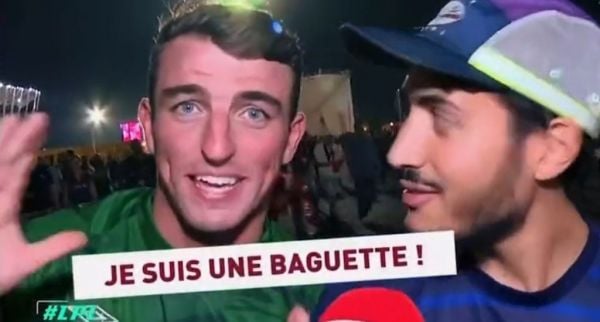 An Irish fan in Qatar went viral on Wednesday when a clip of French television emerged in which he crashed an interview and announced ”Je suis une baguette” (I am a baguette).

The Irishman’s joke has received the seal of approval from French president Emmanuel Macron, who liked a clip of the video on Twitter.

It is currently top of the French president’s 274 likes on the social media platform. 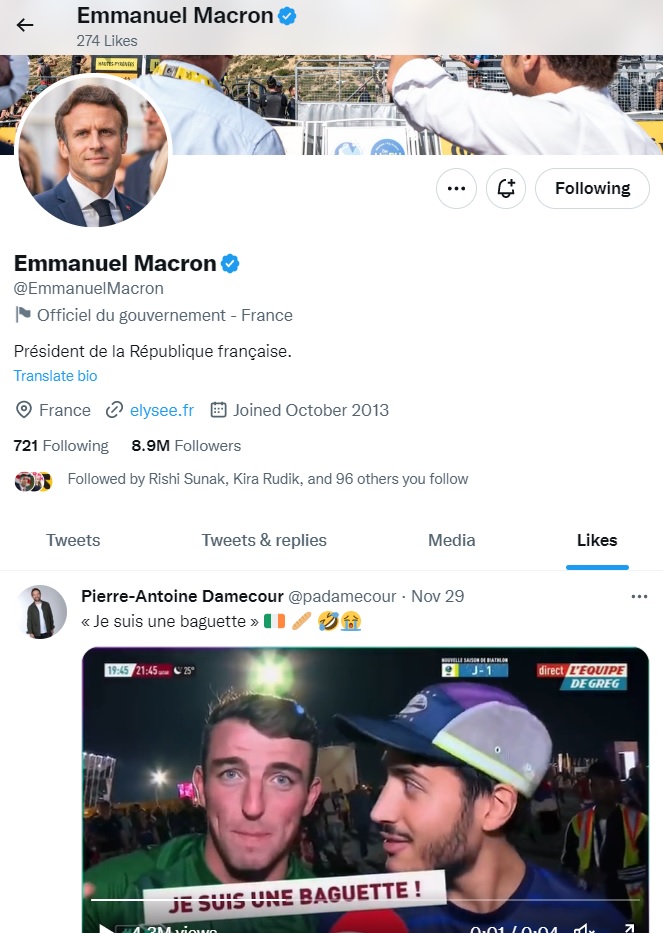 The mystery fan has since been revealed as Eddie O’Keeffe from Limerick.

On his new found fame, Mr O’Keeffe told Cork’s 96FM: “This thing has gone mad like. My phone has been hopping all day. There hasn’t been a cow milked, a baby washed or an email sent on my side for the entire day. My phone has just been hopping and I don’t know how it has gone so mad.”

However, his mother wasn’t too impressed. “She was disgusted, ‘what are you doing you fecking eejit’,” he laughed.