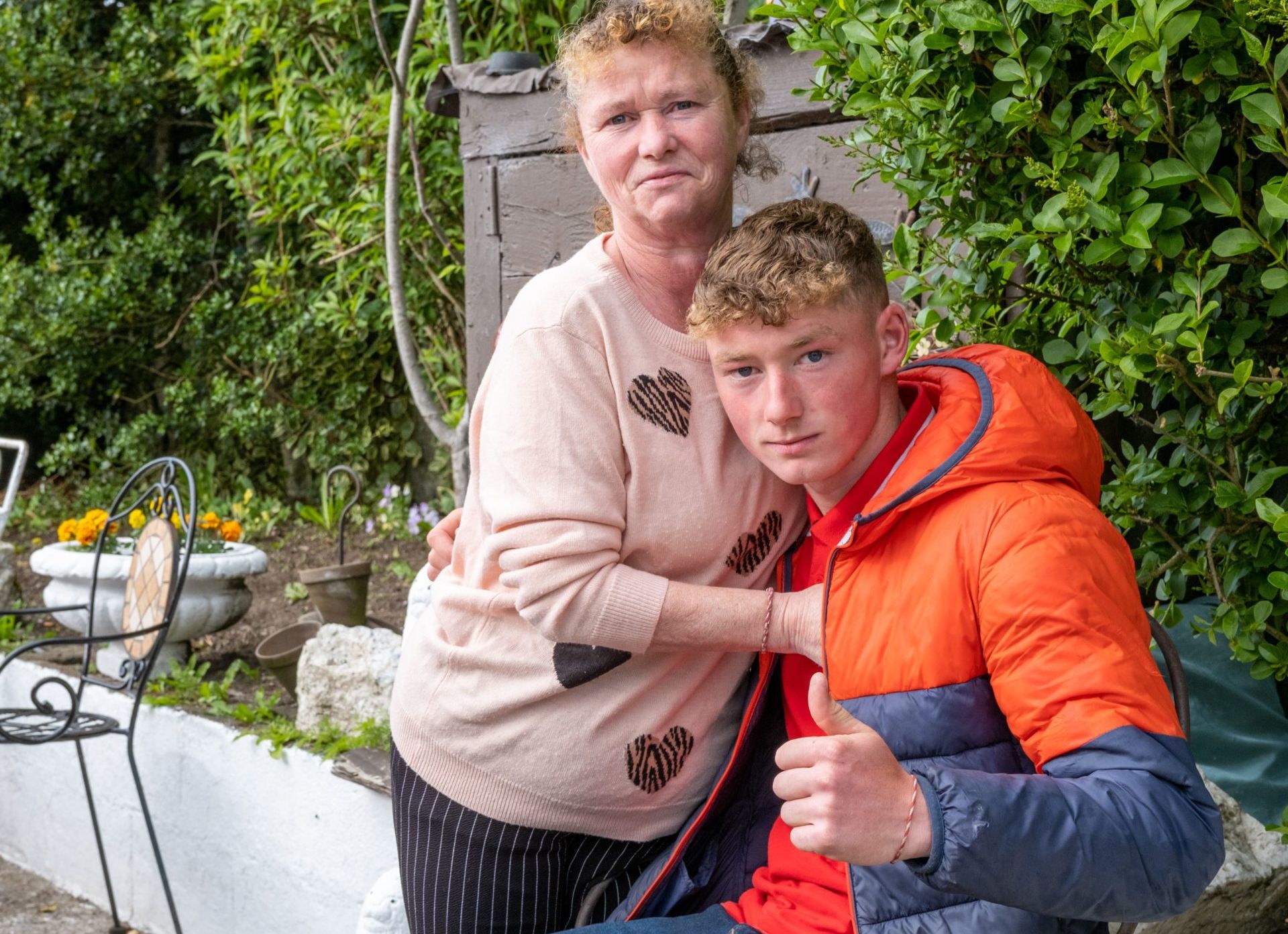 Miley Doran from Graiguecullen, who rescued a mother and daughter from drowning in the River Barrow last year. Miley, then 17, is pictured at home in Fruithill, Graiguecullen with his mother Margaret. Photo: michaelorourkephotography.ie

A TEENAGER who jumped into the River Barrow and saved a mother and daughter from drowning has been honoured with a national bravery award.

Young Miley Doran from Graiguecullen, on the Laois-Carlow border, was fishing on the banks of the river in Carlow town on Sunday 30 May last year when he heard terrifying screams from a child, shouting that their mother and sister were drowning.

The girl, Sophie Foley-Smith, then 13, had entered the water to swim but got into difficulty and, when her mother tried to save her, she also started struggling with the strength of the current.

Miley dived into the water without hesitation and rescued the young girl first, pulling her to the bank, whereupon he turned back to rescue her mother. He then put his jumper back on, gathered his fishing gear and left without seeking praise or recognition.

Miley’s family in Bestfield had no idea of his heroic deed when he arrived home that evening dripping wet and only became aware of his brave act when Sophie’s grandmother Ann Langton took to social media to praise him and called for his courage to be recognised.

Miley, who was 17 at the time, received praise from President Michael D Higgins and now, 18 months later, he has been awarded a silver medal in the national bravery awards.

Ceann comhairle of Dáil Éireann deputy Seán Ó Fearghaíl presented 16 national bravery awards to individuals who risked their lives to aid others in peril at the ceremony this month in Farmleigh, Dublin. The annual honours are awarded by Comhairle na Míre Gaile – the Deeds of Bravery Council – which was founded 75 years ago to enable state recognition of exceptional acts of bravery.

However, the ever-shy Miley didn’t want the fuss and attention that attending the awards ceremony would bring and instead stayed at home and avoided the glittering event.

“Miley didn’t want the fuss and the attention so he stayed at home here with us,” said his aunt Kitty. “He thinks that he did what he had to do and doesn’t see the need for fuss. He doesn’t want the praise, he’s that kind of boy. He’s very shy. He saved those people with no regard for his own life and we’re very proud of him.”