Italy’s Juventus: a tale of triumphs, tragedy and scandal 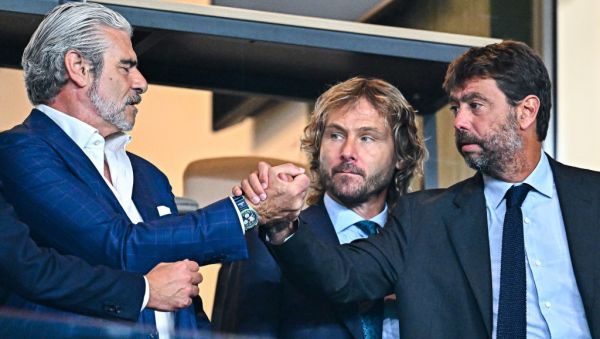 Prosecutors in Italy have requested that former Juventus chairman Andrea Agnelli, 11 other people and the soccer club itself stand trial over allegations of false accounting, a senior source with direct knowledge of the matter said on Thursday.

Here are some key moments in the history of Italy’s most successful soccer club, whose former players include Michel Platini, Dino Zoff and Alessandro Del Piero.

1897: The club is formed by a group of high school students in the northern Italian city of Turin. The name “Juventus” comes from the Latin for “youth”.

1905: The club wins the Italian league for the first time.

1923: Edoardo Agnelli, son of the founder of the Fiat motor company, becomes club president. The Agnellis have retained control of the club until the present day.

1985: Thirty-nine Juventus supporters are killed when a wall collapses in Belgium’s Heysel stadium after a charge by Liverpool fans before the European Cup final. The game goes ahead and Juventus win 1-0 to claim the trophy, the forerunner to the Champions League, for the first time.

2006: Juventus are relegated to second-tier Serie B and stripped of their two previous league titles for their part in the “Calciopoli” match-fixing scandal.

2007: Promoted back to Serie A at first attempt despite a nine-point penalty.

2011: The club moves into its new stadium in Turin.

2018: Cristiano Ronaldo signs from Real Madrid for a figure of some €100 million, a club record.

2020: Juventus win the Italian league for the ninth time in a row and the 36th time overall.

November 2022: Andrea Agnelli and the board resign as the club tackles its financial and legal troubles.