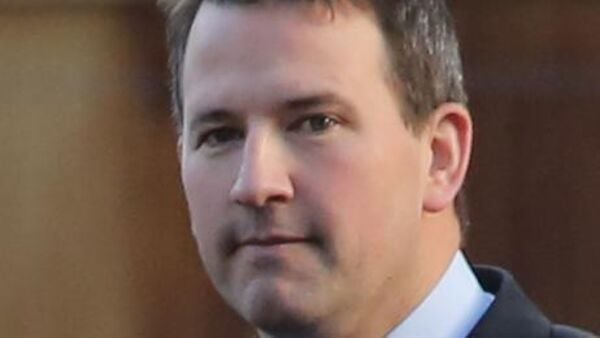 There is still “overwhelming” evidence against Graham Dwyer to preserve his conviction for the murder of Elaine O’Hara and the State was not dependent on mobile phone call data used in his trial, a senior counsel told the Court of Appeal on Friday.

Dwyer (50), who murdered the vulnerable care worker for his sexual gratification in 2012, is appealing his conviction. His lawyers are arguing that the retention of mobile phone data used in the case is an “opportunistic form of mass surveillance” that transforms phones into tracking devices that can reveal a detailed picture of every aspect of a person’s life.

Dwyer denies being the person who bought and used a phone found in Vartry Reservoir, Co Wicklow, to send messages about stabbing to Ms O’Hara and denies sending a text telling her to “go down to the shore and wait” on the day she was last seen, August 22nd, 2012.

Dwyer, a Cork-born architect with an address at Foxrock in Dublin, was convicted by a jury at the Central Criminal Court in 2015 of the murder of the 36-year-old.

His victim had been discharged from a mental health hospital hours earlier. Dwyer fantasied about stabbing a woman during sex and used Ms O’Hara to fulfil his fantasy.

After murdering her he disposed of some of her belongings in Vartry reservoir and tried to make it look like she had committed suicide. He dumped her body in a forest where it was found in 2013.

Sean Guerin SC, for the State, said there was still “overwhelming” evidence in the case that Dwyer was the user of the phone central to the case and that there had not been a dependence on using the disputed call data in securing the guilty verdict at trial.

“The appellant is over-stating, significantly, the use of the call data,” said Mr Guerin, who said there was also the Garda process of investigating a suspect during an investigation to be considered.

The barrister said Dwyer was identified at trial through three different routes.

“One was call-data. At the same time, there is an old-fashioned detective job in Blackrock garda station which involved reading the text messages and identifying personal information which would point towards the identity of the suspect,” he said.

He added that there was also scientific analysis regarding DNA and genetic materials that also produced the same suspect.

Mr Guerin said there were four elements to the DPP’s case at the trial that had not changed.

“The first point was that he [Dwyer] was the author of the text messages and connected to Ms O’Hara. The second thing we sought to do was to show the desires expressed in the text messages were real and reflected the intention to kill. Thirdly, that the circumstances of Ms O’Hara disappearance and death could only be explained by the realisation of that intention. The fourth element was to eliminate any other possibility, in this case suicide, as an explanation,” he said.

Mr Guerin said one text from Ms O’Hara to the phone attributed to Dwyer read: “You’re now a daddy again.” At the trial, the child’s birth-certificate matched the date of the text, which the DPP said proved it was Dwyer who was using the phone.

Counsel said that on April 4th, 2011, the phone attributed to Dwyer texts saying he has a committee meeting at Shankill Flying Club and a witness gave evidence and produced minutes proving Dwyer’s attendance.

On another date the phone attributed to Dwyer complains in a text of an almost €4,000 bill to fix his car, which documents produced in court corroborated.

Similar texts regarding buying a new bike, an email query to a tattoo parlour, entering a model plane flying competition, getting a wage reduction and a reception at the Polish embassy were also all corroborated by witnesses or documents at trial, said Mr Guerin.

Mr Guerin asked if there could there be “any other person in the world” with a child born on the same day Dwyer’s child was born, who also bought a bike on the same day Dwyer did and whose car bill, pay cut, flying competition entry, and attendance at a reception at the Polish Embassy all matched the dates of the texts referencing them.

Anne Marie Lawlor SC, also for the State, said that the playing of videos to the jury of Dwyer being intimate with other women were “relevant and probative”.

Dwyer’s lawyers submitted that the jury could have been “overwhelmed” and “overborne” by the nine videos of Dwyer being intimate with different women.

Showing the actual videos, he said, had introduced “something toxic into the forensic process of a criminal trial” and could have “overwhelmed the ability of the jury to remain impartial”.

Ms Lawlor said that if only a narrative of what was in the video was read into the trial, the real evidence in the case could be diluted or denied to the jury.

Ms Lawlor said the videos were necessary for the jury to prove Dwyer’s “manifest and bare-faced lies” to gardaí when Dwyer said that he was not interested in bondage.

Ms Lawlor said the judge was acting entirely within his discretion to allow the jury to watch the videos with their own eyes and assess the lies told by the accused.

Mr Bowman had also submitted that at one point as evidence was being heard in front of the jury, the trial judge, Mr Justice Tony Hunt, “looked in a very disapproving manner at the defendant”, looked away and then “glared back down at the defendant”.

Mr Bowman said this was a non-verbal communication that “something has triggered the judge” and that a jury can pick up on non-verbal cues.

Ms Lawlor said the complaint was a “nebulous one” in that it could not be known what the jury took, if anything, from a look if they even saw it. She said the trial judge repeatedly told the jury that the case was entirely a matter for them in his charge.

She said the trial lasted over eight weeks and the appellant was implying that the judge should remain “stone-faced” throughout. She said even if the judge did not, it could not conceivably result in an unfair trial.

“He asked gardaí to stop the interview 25 times, saying ‘Oh my god please stop,” she said, adding that these were “bare-faced lies”.

Ms Lawlor said that the lack of a cause of death in the case was not fatal to the trial because it was possible to draw inferences as to the cause with regard to circumstances around Ms O’Hara’s death.

Remy Farrell SC, for Dwyer, has told the three-judge Court of Appeal that mobile phone data should not have been admitted as evidence in his client’s trial as the retention of that data was a breach of his rights under the European Charter of Fundamental Rights.

Mr Farrell said that the Court of Justice of the European Union (CJEU) has said “again and again” that the retention of mobile phone data cannot be done, and the Irish courts must now “internalise” what the European court has said.

Mr Farrell said he wondered if the prosecution in the case were now feeling “buyer’s remorse” regarding the call data evidence.

Mr Farrell said the notion that the prosecution could now say that the call data retention was not important was “unsustainable”. Counsel said a “big chunk” of the 47-day trial was spent on introducing call data and cell site evidence through maps and extrinsic evidence through a number of exhibits put before the jury.

The court has now heard both side’s submissions in the appeal and the court has reserved its judgment in the matter.

Mr Justice George Birmingham, sitting with Ms Justice Isobel Kennedy and Mr Justice John Edwards, told both sides not to expect a judgement “imminently” due to the amount of material in the trial.