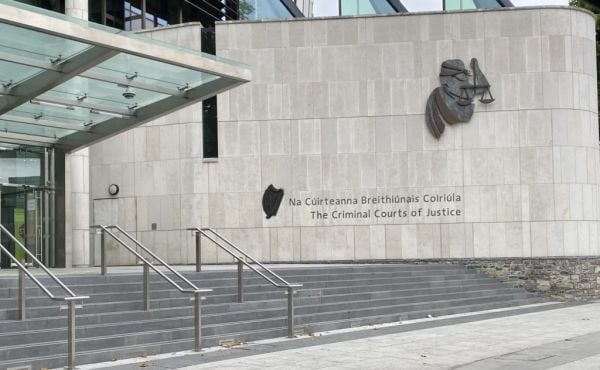 A former parish priest who sexually abused a child parishioner in a “massive breach of trust” has had his jail term extended by 18 months.

Sentencing Nolan at the Central Criminal Court on Friday, Ms Justice Karen O’Connor said that but for the fact Nolan was currently serving a lengthy jail term, she would have imposed a sentence of nine years.

The court heard Nolan was the curate in Rathnew from 1998 to 2012, having been ordained in 1979. He was also on the board of management at the local school, which the victim attended.

The child was aged 12 when Nolan invited him to earn some money by doing gardening jobs at the parochial house, for which Nolan would pay him amounts from €15 to €100. After a number of weeks, Nolan began asking him about sex and then molesting and groping the boy.

Nolan would tell the boy that, “It was OK and all part of growing up” and would tell him he could earn more money for the sexual acts. When the boy was aged 14, Nolan pushed him face down on a bed in the presbytery and raped him.

Paul Murray SC, prosecuting, told the court that the pain was horrendous, and the child was crying and begging Nolan to stop, but Nolan continued for up to 30 minutes. The boy went home after and showered. He reported feeling sick, dirty and violated.

In another incident, the priest gave the child a number of beers and the child woke up later on the couch naked from waist down and feeling sore. Nolan told him “do you want it again” and the child felt confused and disgusted.

Nolan raped the boy in a car as well as across the table of the parochial house. During one rape, the child described seeing a picture of Jesus in the room.

Nolan would give the boy money after each rape, sometimes as much as €100.

He repeatedly linked the abuse to payments before each attack. The court heard Nolan sexually assaulted the victim more than 15 times between 2005 and 2006 by performing oral sex on the child in the presbytery.

In his victim impact report, read out by Mr Murray, the man told the court that Nolan had groomed him and robbed him of a normal childhood.

He said he struggles to hold down a job because of mental health difficulties resulting from the abuse at the hands of “this monster”.

He said he turned to unhealthy coping mechanisms to deal with the trauma of abuse and lost many years of his life.

Detective Garda James McDonagh told the court that when questioned, Nolan initially denied all the allegations. He entered a guilty plea in October shortly before his trial was due to start.

In 2014, Nolan was jailed for seven years for systematically sexually abusing a boy in Co Wicklow over a five-year period beginning in 2009 when the boy was 12.

Three years later, Nolan received a prison term of six years for rape and sexual abuse of another young boy, this time in the years 2006 to 2012. The abuse on the third victim means he was abusing boys for a period of 13 years, from 2001.

Ms Justice O’Connor said Nolan had engaged in a “massive breach of trust” when he abused the child, with “significant grooming” involved. She noted Nolan enticed the child by offering him money for jobs and alcohol.

“The power imbalance was considerable,” Ms Justice O’Connor said. “The defendant was the parish priest in a position of power, authority and trust. It was a massive breach of trust for a parish priest to offend against a child parishioner in this way.”

She noted some of the abuse was described in a “violent and aggressive way” and was often prolonged.

She handed down a nine-year sentence and suspended seven and a half years of it in order to allow for Nolan to rehabilitate upon his eventual release from jail. She ordered that he remain under the supervision of the Probation Service for five years post-release.

Justin McQuade BL, defending, said his client had instructed him to issue a public apology to the victim and his family.

“He has asked me to extend that apology to the entire community of Rathnew whose trust he breached in the most egregious manner and he accepts that it was a complete and utter betrayal of everything he stood for while working in that community,” counsel said.

Justice O’Connor told the victim he should be proud of himself for finding the strength to come forward about the “horrific abuse” he suffered at the hands of “a powerful person who took advantage of a child”.

“Your courage will encourage others to speak out and come forward,” she said.

If you have been affected by any of the issues raised in this article, you can call the national 24-hour Rape Crisis Helpline at 1800 77 8888, access text service and webchat options at drcc.ie/services/helpline/, or visit Rape Crisis Help.