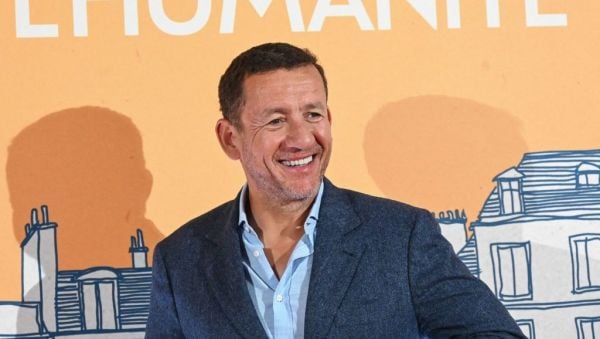 Well-known French film star Dany Boon has secured formal High Court judgments against several entities he alleges have defrauded him out of millions of euro.

On Friday Mr Justice Brian O’Moore said he was satisfied to grant Mr Boon judgment in proceedings where Mr Boon seeks damages against Thierry Fialek-Birles aka Terry Birles aka Thierry Waterford-Mandeville and companies linked to him for defrauding the well-known French celebrity of over €6 million.

The applications for judgment, where he had previously secured temporary freezing and disclosures orders in attempts to ascertain where his monies have gone, were not contested.

Rossa Fanning SC for Mr Boon said that Mr Birles, and several of the corporate entities linked to him, had at one stage in the ongoing proceedings been represented by lawyers.

Ultimately most of the parties, including Mr Birles, had informed the court that they either did not wish to contest Mr Boon’s claims against them, or never participated in the proceedings before the court.

Counsel said that in the circumstances his client was seeking judgment against those entities.

Counsel asked the court to fix a hearing date later this month when the level of damages Mr Boon should receive can be quantified, and to appoint a receiver over assets linked to those defendants.

Counsel said that two other defendants allegedly linked to Mr Birles, Asia Monaco Investments Ltd with an address in Lusk Co Dublin, and Asia Monaco Sarl registered in the principality of Monaco, are contesting Mr Boon’s claims against them.

Mr Justice O’Moore said that he was satisfied that all of the parties he was granting judgement against were aware of or had been served with the proceedings.

They each had each chosen either not to participate or to attend the court.

The Judge said the court would hear an application by lawyers for Asia Monaco Investments Ltd, and Asia Monaco Sarl, to lift various orders against those entities in the New Year.

Represented by David Kennedy SC, the court heard that not only were the two firms going to contest the full proceedings, but now intend to contest Boon’s application to have temporary freezing orders on their assets remain in place.

Mr Kennedy said that the two had recently changed legal teams, but following consultations with their clients in France, instructions have been given

Mr Fanning said that his client would be seeking “an explanation” for this change in course.

Counsel said added that his client’s solicitors are currently looking into documents, including financial information had been furnished by Mr Kennedy’s clients.

Mr Justice O’Moore adjourned the action against Mr Kennedy’s clients, with the temporary orders previously granted to remain in place.

Last July Belgium-based Mr Boon secured a High Court freezing order preventing and several corporate entitles he allegedly either controls or it the ultimate beneficial owner of from reducing their assets below a value of €6m as well as various disclosure orders.

He claims he is the victim of “a systemic and elaborate fraud with an international dimension” committed by Mr Birles.

Mr Boon says that last year he advanced monies to entities linked to Mr Birles, whom it is alleged had represented himself to be an “Irish Lord from an ancient family” and an expert lawyer in maritime law.

Mr Boon claims that based on Mr Birles advice that he invested €4.5m of his money through SSMM in a scheme with the Irish Central Bank.

He alleges Mr Birles told him paid 3.25 per cent annual interest that was tax-free.

Mr Boon subsequently discovered that no such scheme exists and, despite making several requests, the funds have not been returned to him.

Mr Boon also claims that he advanced a further €2.2 million, through SSMM, to cover the costs of running yacht but does not yet know how much of that sum has been misappropriated.

In July the judge granted Mr Boon a freezing or Mareva-type injunction restraining the defendants from reducing, moving or dissipating any of their assets, including a sailboat and a house in Cork below a value of €6m.

It is claimed Mr Birles, a French citizen aged in his thirties, committed the fraud by using a network of companies he had appeared to have established in Ireland and other jurisdictions and is somebody who goes by various aliases

Mr Birles had denied the allegations before he, and other defendants discharged their lawyers and opted not to participate in the proceedings.