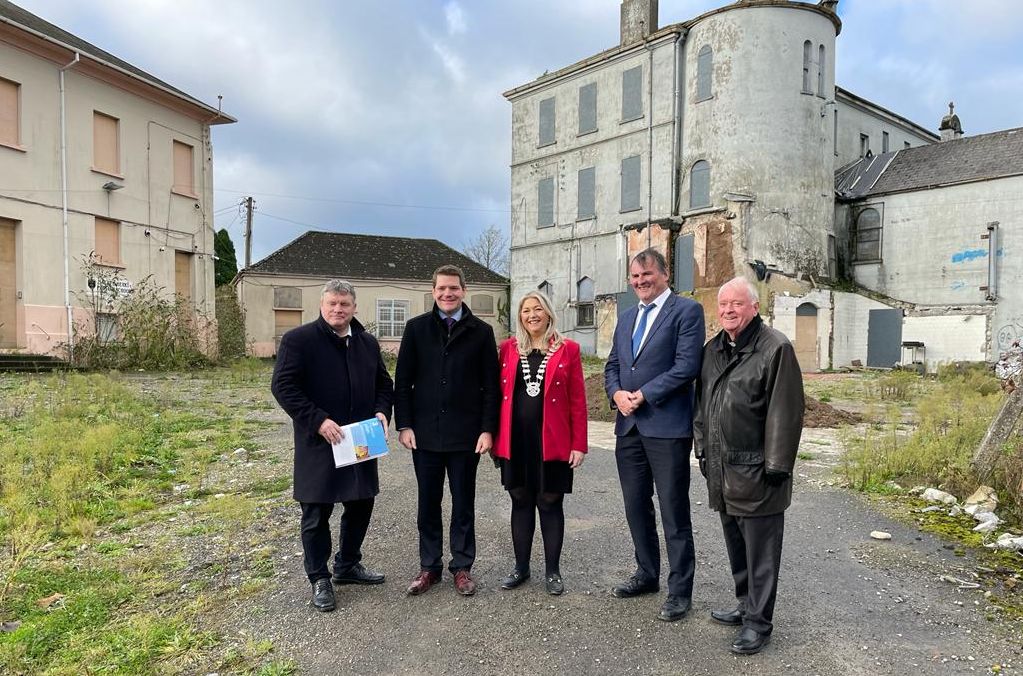 THE new housing development on the site of the old Presentation Convent in Portlaoise was visited by housing minister Peter Burke during his tour of local projects last week.

The scheme in the heart of the town will contain 52 homes, mainly one- and two-bedroom apartments as well as four two-bedroom houses, which are aimed at older people and those with disabilities on the county council’s housing  waiting list.

Following the visit, Laois County Council cathaoirleach cllr Thomasina Connell said the minister was “very impressed” with the scale of the project on the convent site, which was designed by Dublin-based architect Ciaran O’Brien of OBFA.

Cllr Connell said: “It was essential that we got this site right, it being beloved by generations of the people of Portlaoise and we wanted to ensure that the integrity of the Presentation Convent building, a protected structure and the Sacred Heart school buildings was maintained.

“Minister Burke was confident that this site will deliver housing solutions for those in our society who need it the most. In addition, he was very keen to see the development of community facilities on the site, being a new town park and Blueway linking the town centre with The People’s Park.”

The scheme is being developed by Sophia Housing Association, an approved voluntary housing body, in partnership with the county council. The extensive plans include public parkland, a plaza, community gardens and play areas that will breathe new life into the derelict site at the former Presentation Convent and Sacred Heart NS on Church Avenue.

The 1.32 hectare site at Church Avenue was gifted to the county council by the Presentation Sisters. Cllr Connell said the delivery of a project of this scale could not have been considered without the sisters’ generosity.

She added: “The delivery of both housing and community amenities on this site is an essential aspect of the regeneration of the town centre, now known as Portlaoise’s ‘Cultural Quarter’. It is very timely that this development is gaining ground at the same time as the delivery of the new County Library and the recent delivery of regeneration works at Fitzmaurice Place.

“There are plans afoot for a new open air music venue adjacent to the convent site, which will really enhance this area of town for everyone in our community.”

Tenders for the construction of the convent development are currently being assessed and it is hoped that a contractor will be appointed early in 2023, with the delivery of housing 18 months 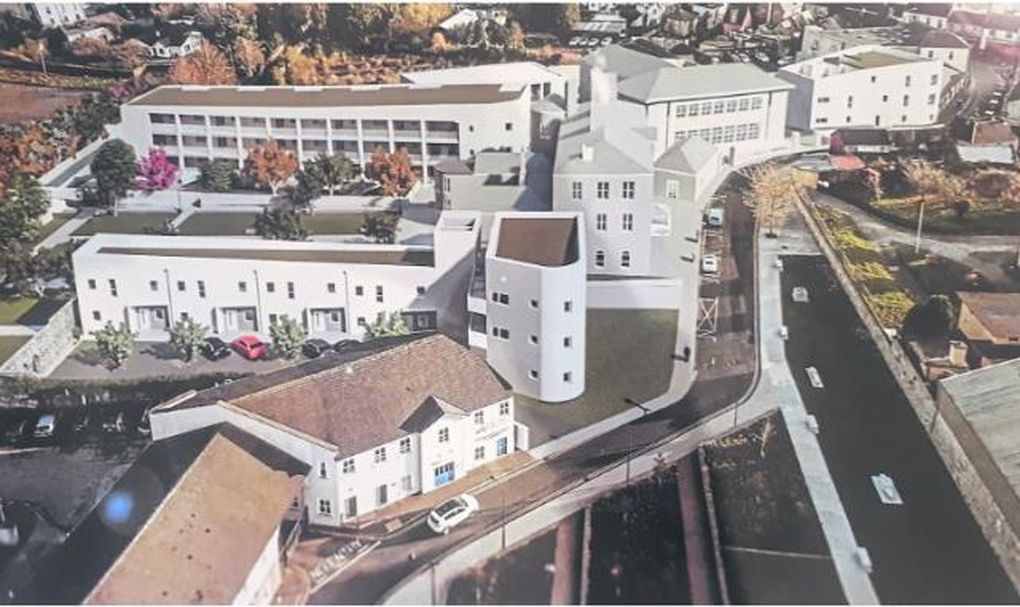