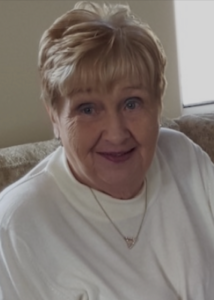 Sheila Dempsey (née Murphy) of Killeshin, and formerly of Donaguile, Castlecomer, Co Kilkenny, passed away peacefully, surrounded by her loving family, on December 20th, 2022, at her home.

Reposing at her home (Eircode R93 E6P8) from 3pm – 8pm on Thursday, with Prayers at 6.30pm that evening. Removal on Friday at 11.30am to The Holy Cross Church, Killeshin, arriving for Funeral Mass at 12 noon.

Burial afterwards in the adjoining cemetery

Sheila’s Funeral Mass can be viewed using the following