The death has been announced of Declan Bracken, Stradbally Rd, Portlaoise

The death has been announced of Declan Bracken, Stradbally Rd, Portlaoise 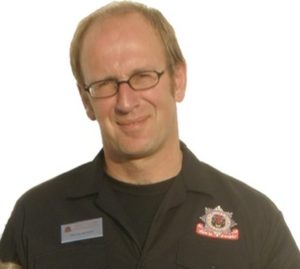 The death has occurred of Declan Bracken, 34 Penwith Road, Earlsfield, London, late of Portlaoise, Sydney, San Francisco, Fair Isle and Overton. Declan passed away unexpectedly on 5 January 2023. He is profoundly missed by his children Oisín, Orla and Jess and his wife Lisa, along with his daughter Niamh. His passing is deeply regretted by his parents Tom and Nancy Bracken, Block Road, Portlaoise and his sisters Phil and Ann, brothers Enda, Sean, Kevin, Michael and Feargal, predeceased by his infant brother Vincent, along with his sisters-in-law, brothers in law, nieces, nephews and by his extended family across the globe.

Declan will be missed by his soul mates and dear friends from Portlaoise, the UK and beyond. Declan is also in the thoughts and prayers of his colleagues from the National Health Service, where he had dedicated so much of his energies to the health care and service of others, especially during the Covid pandemic.