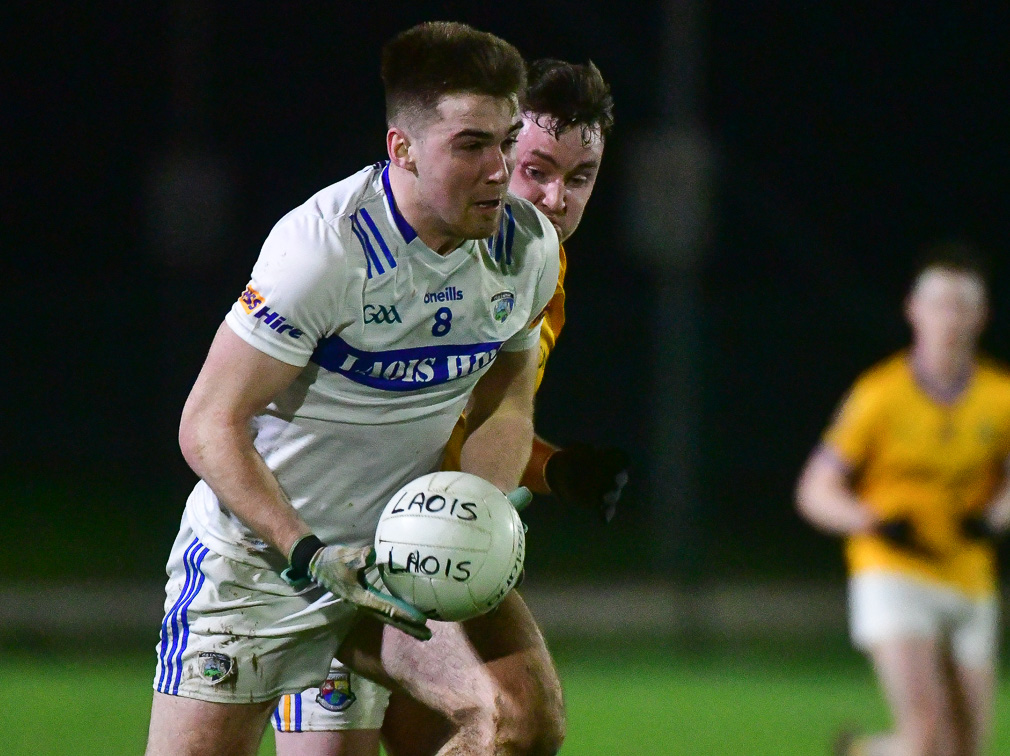 CARLOW has withdrawn from its postponed O’Byrne Cup match against Laois, which was to be rescheduled for this weekend.

The Carlow senior footballers have pulled out of the fixture due to “sickness, injuries and Sigerson Cup commitments”, RTÉ Sport reported this evening.

Niall Carew’s side was originally due to play Laois in Stradbally at 8pm last night, Wednesday 11 January, but the match was called off due to an unplayable waterlogged pitch. The game was due to be refixed for this weekend.

According to the Carlow camp, the side was ready and willing to play the game as scheduled on Wednesday evening but the game was postponed due to the bad weather. Carlow would have been in a position to play the fixture this weekend were it not for an in-house training camp that had already been arranged.

Carlow is the third county to withdraw from an O’Byrne Cup fixture, following Louth and Kildare.

As a result of the series of withdrawals, Offaly manager Liam Kearns has questioned the integrity of the competition. He told streaming service Clubber: “To be honest with you, I wouldn’t mind dropping out of the competition at this stage.

“We’ve had two hard games in four days. It will be a third game in eight days and our opponents have been sitting at home for the whole week.

“They withdrew from a competition here, they didn’t fulfil their last fixture. That’s the integrity of the competition shot as far I’m concerned. If you enter a competition, you should have to fulfil your fixtures.”

The withdrawal means that the Laois senior footballers have no more competitive games until their away match against Sligo on Sunday 29 January, in the opening round of the National League.