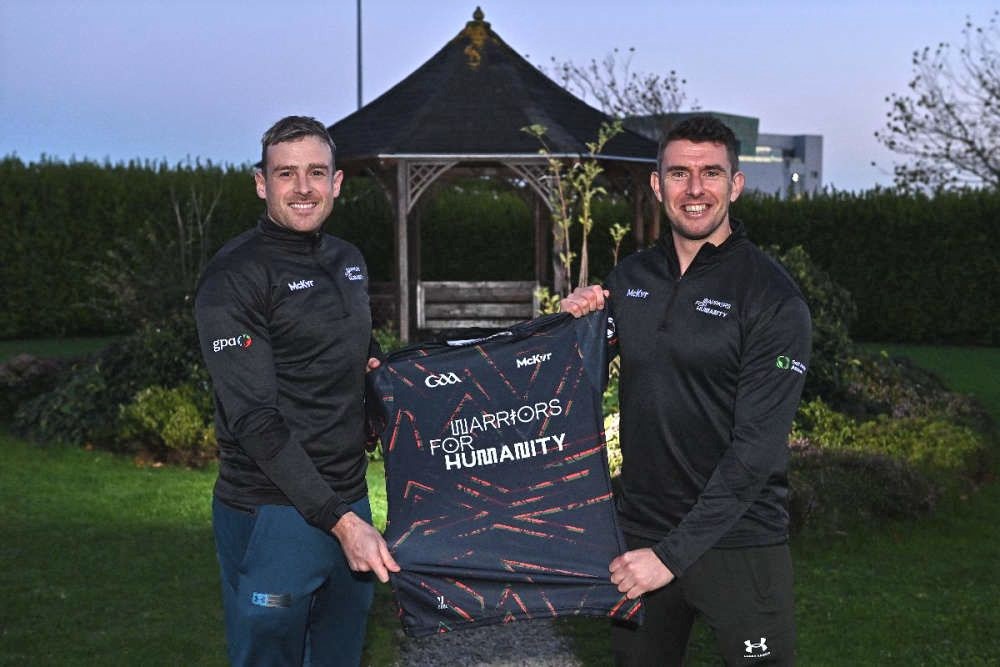 TWO Laois senior footballers are appearing on national TV this weekend, after taking part in a memorable week-long charity tour to East Africa.

Kieran Lillis and Colm Begley (pictured above) are among 50 GAA stars nationwide who travelled 7,000 miles to Kenya to raise funds to plant one million trees.

The ‘Plant the Planet Games’ project saw the Laois duo take part in a series of GAA matches in Nairobi, sports sessions with children, tree planting days and visits to agricultural initiatives.

The result will be aired in a unique sports and cultural documentary on TG4 at 5.30pm this Sunday 15 January, as ‘Gaiscí GPA í Kenya’ gives a behind the scenes view of the remarkable tour from 19 – 27 November 2022.

Kieran and Colm joined the large team of Gaelic games stars that helped raise over €500,000 in sponsorship to plant one million trees and support Irish development charity Self Help Africa, to combat the effects of climate change on small-scale farming communities.

The tour was organised by former Galway dual-player Alan Kerins, who founded Plant the Planet Games and the Warriors for Humanity group, together with the Gaelic Players Association (GPA) and Self Help Africa.

The funds raised are used for the planting of trees, essential not only to combating the increasing impact of climate change but also as a way of providing sustainable income for African communities.

The players representing football, hurling and camogie took to the field for a challenge match at Nairobi Rugby Club, the first time an inter-county game was ever played in Kenya and first of its kind across all codes.

The players also took part in a series of cultural events to highlight the work being done by charities such as Self Help Africa and Brighter Communities Worldwide.

The documentary gives an insight into the players’ journey as they learn about local cultures and join children in song and dance during visits to primary and secondary schools.

The programme highlights how music and sport bring cultures together and this is evident through all the different interactions the players had during the week, between school visits and the once in a lifetime opportunity to run with Kenyan athletes.

Ahead of the documentary airing, GPA chief executive Tom Parsons said: “The trip to Kenya was a real eye-opener for all the players involved and gives us a greater appreciation for all we have at home in Ireland. The welcome we received was truly inspirational and to see how the fundraising the players took part in is having a practical impact on the lives of people on the farms and in the villages we visited struck a chord with us all.

“Kenya may be 7,000 miles away but we can still play a part in helping people there, who are some of the worst affected by the impacts of climate change. This documentary shines a spotlight on how this really is a small world and we can take steps to positively impact the lives of our fellow global citizens, regardless of the distance between us. And for everything that the players gave to this project, I can also guarantee you they got as much and even more back in return from our hosts.”

Alan Kerins commented: “The dream to play the first ever inter-county four-code GAA match on African soil became a reality last November, when 50 inspirational male and female players embarked on an incredible trip to Kenya. The mission of Warriors for Humanity is to inspire and facilitate people to leave a powerful legacy and make a real and meaningful impact on the planet and its communities. The players certainly did that by raising over half a million euro and hitting the target of planting one million trees in the near future, which will have a huge impact on the environment and enable thousands of people in Africa secure sustainable livelihoods for decades to come.”

Martha Hourican of Self Help Africa added: “The participants on the trip did more than just pay a visit to Africa – they campaigned and cajoled, spoke to friends, family and business contacts – and they helped to raise an incredible half a million euro to fund this important work. The GPA, the Warriors for Humanity and Alan Kerins are making a very real difference in the fight against global warming in Africa. Their support is also helping vulnerable families on the frontline to combat the effects of climate change and the impact it is having on their lives.”

The documentary is produced by NemetonTV, the independent production company from An Rinn in the Waterford Gaeltacht, which has produced much of TG4’s sports coverage. 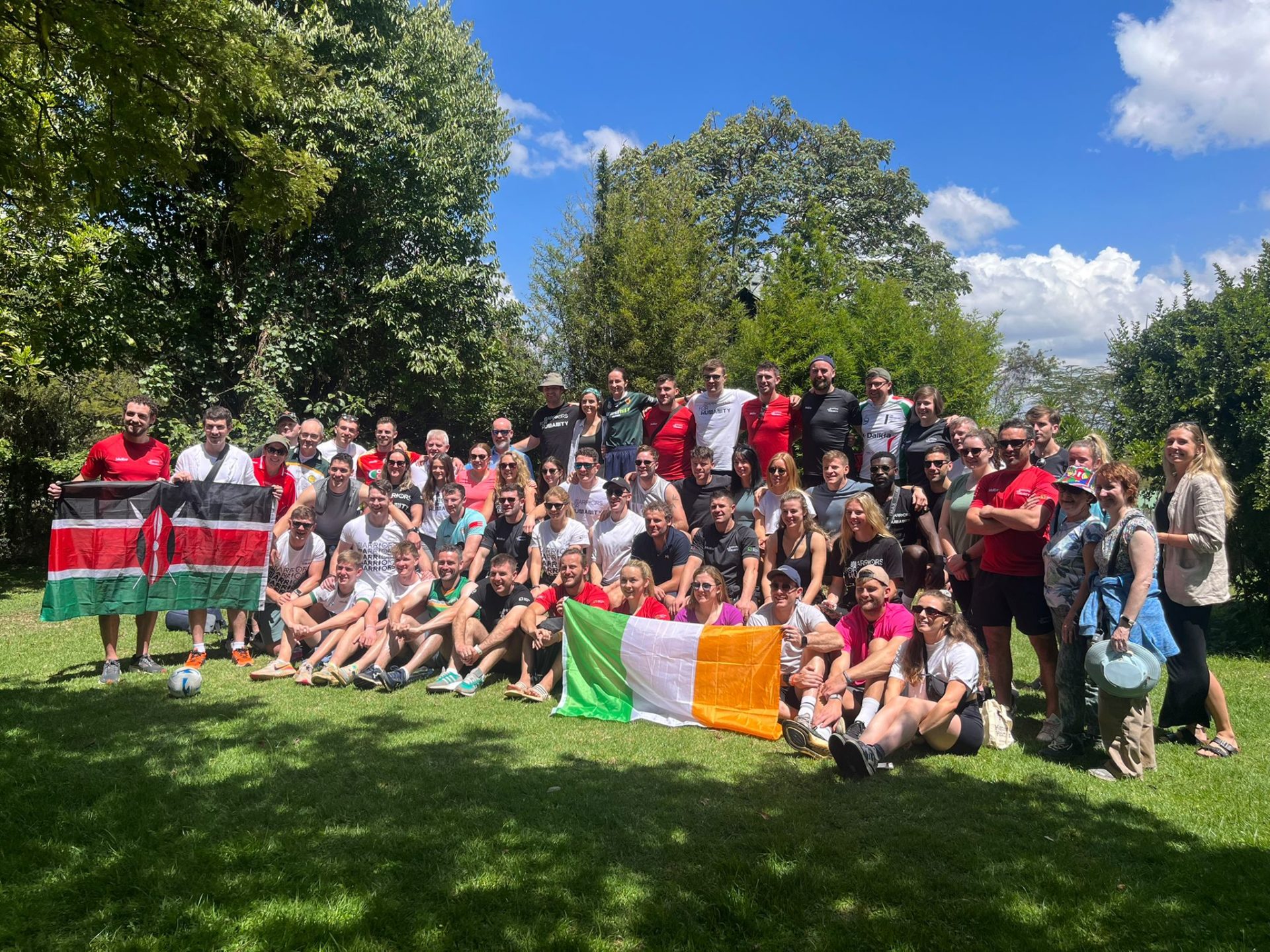