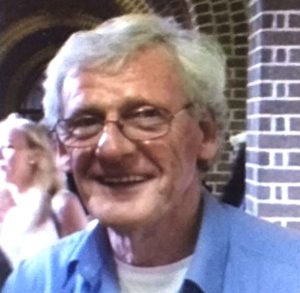 Patrick Joseph Hayes better known as PJ, late of Ballaghaderren, Co. Roscommon and formerly of Kilburn, London and of Timahoe returned to The Father on Wednesday 28December.

He is loved and remembered by his surviving children Monica, Gary, Samantha and Olivia and partners Breda, Eddie, Gerry and Dennis, his grandchildren Darrel, Aaron, Ashleigh, Shane, Robert and Chloe, great-grandchildren Tommy, Amelia and Rosabella and his brothers Joe and Stephan and his sister Maureen, his dear friends, the Headen family with special mention to Marie-Therese Headen and Nellie Ruane and all the many other lovely friends he met along the way, including friends/neighbours John Daley, Bernard and Mary and lifelong friends Tina and Janette Ng and all the countless others.

Funeral arrangements to be announced later.

The Hayes family would like to thank you for your support during this sensitive and sad time.

Messages of condolences can be left on the Rip.ie online Condolence facilities here.