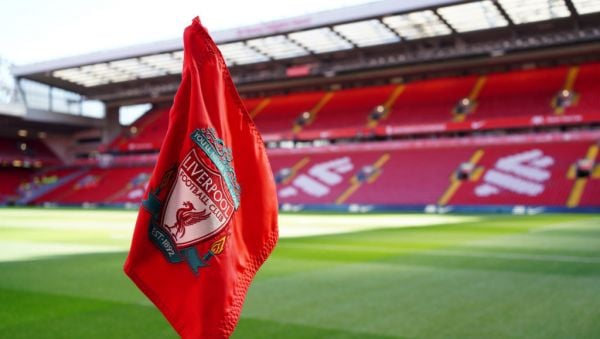 Three men were arrested for alleged homophobic chanting at the Premier League clash between Liverpool and Chelsea at Anfield on Saturday, police have said.

Merseyside Police confirmed on Tuesday that, in three separate incidents, two arrests took place outside the stadium on Anfield Road with the other inside the arena itself.

A statement confirmed that the men, aged 23, 37 and 49, were arrested on suspicion of “homophobic intentional harassment alarm and distress”.

The statement added: “The 37-year-old has been bailed pending further enquiries, and the 23-year and 49-year-old will attend a voluntary interview.

“We are also aware that 16 people were ejected from the stadium by stewards for various offences during the Premier League match.”

Superintendent Paul Sutcliffe, match commander for the game, which ended goalless, said: “Merseyside Police will not tolerate hate crime of any form, and we will bring to justice anyone found responsible for committing any offensive chanting.

“In this instance, if the three suspects are charged and found guilty for the offence, then we will be seeking football banning orders on them.”

Meanwhile, Merseyside Police have welcomed the issuing of a banning order to an Everton fan who shouted racial abuse at a Leicester supporter last year.

BANNED | Working alongside @Everton, we welcome the Banning Order issued to Matthew Gillespie, 32, after he pleaded guilty to racially abusing a @LCFC fan at Goodison last year.

More here, including how to report such incidents to stewards or police:https://t.co/wtE88wsbLN pic.twitter.com/uDucn7sMxb

Matthew Gillespie, 32, of Bebington pleaded guilty to a racially aggravated public order offence at South Sefton Magistrates Court on Monday following the incident at a game at Goodison Park on November 5.

As well as the banning order, he was also was ordered to pay a fine, costs and compensation.

Detective constable Mike Volynchook said: “It is pleasing to see this outcome, which shows just how seriously police, football clubs and the courts take such hate crimes in our football stadia.”