Disgust as Laois street is covered in human excrement 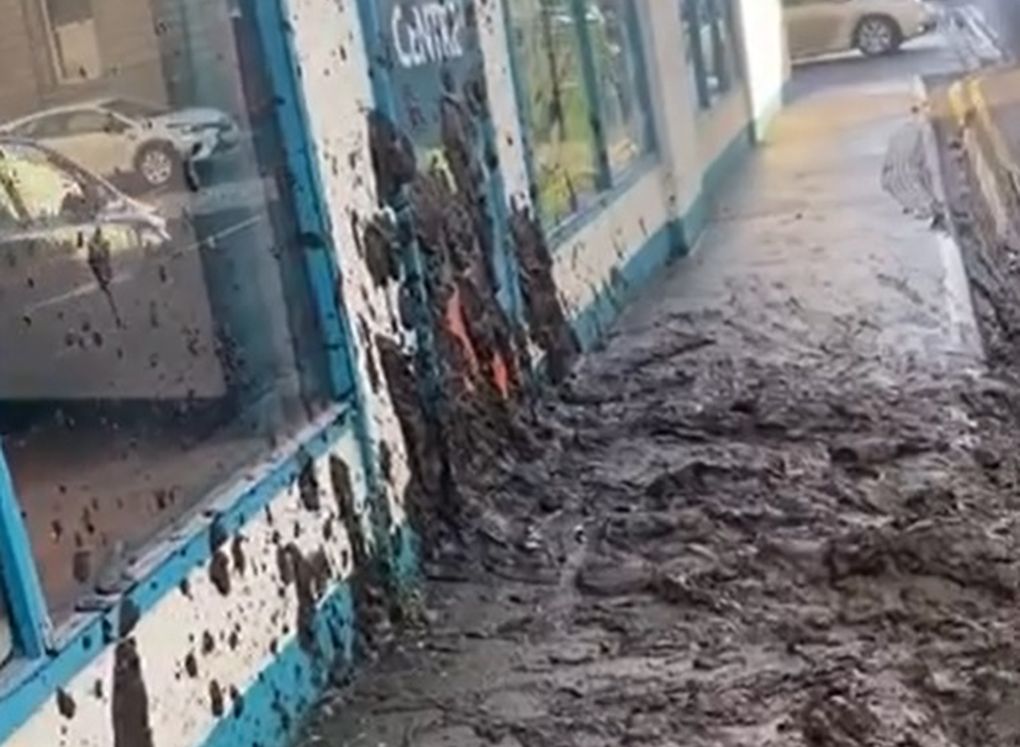 The disgusting scene on Market Street in Mountmellick this afternoon

A Laois street was covered in sludge containing the remains of treated human excrement this afternoon, to the disgust of shopkeepers and pedestrians.

Footpaths and shopfronts in Mountmellick were sprayed with foul-smelling waste, after a truck carrying treated sewage spilled some of its load as it travelled along the N80 route through the town.

According to witnesses, the lorry braked suddenly on Market Street as it neared a junction, causing some of the load to fall onto the road outside the Tirlán (Glanbia) CountryLife store.

The lorry then drove on, leaving a horrible scene in the town centre as the sludge was spread further by vehicles travelling on the busy route.

The load was being transported by a waste disposal contractor from outside the county, which carries out drain and pipe cleaning for sewage treatment plants.

Cllr Paddy Bracken from Mountmellick received calls about the incident at about 2pm and reported it to a Laois County Council engineer. The council immediately got in touch with the contract company, which carried out a prompt clean-up operation. A council worker also attended the site.

The truck was travelling in the direction of Portlaoise when it braked sharply at the junction of Pearse Street and Market Street, causing some of the waste to fall onto the road.

Speaking to the Laois Nationalist, cllr Bracken said: “In fairness to the council, they responded very quickly. The whole area was power-washed and cleaned within a short time.”

The incident prompted disgust among local people, some of whom were unfortunate enough to walk through the foul-smelling waste which had been spread further by passing traffic.

After local butcher Martin Morris posted a warning video of the horrible scene on social media this afternoon, many commenters described the incident as disgusting and disgraceful. One woman said she had to walk out onto the road to avoid the foul-smelling sewage but her shoes were destroyed.

The vehicle was identified and the council contacted the contractor involved, which carried out a prompt clean-up operation.

The council was widely praised for its prompt response and the video was deleted after the clean-up was completed.