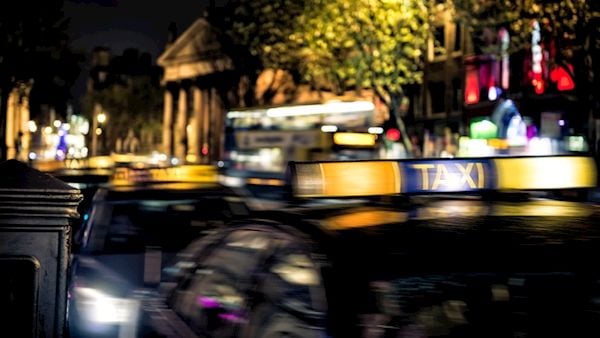 A Dublin taxi driver thought he was going to be killed when he was choked, kicked and beaten with a sawn-off shotgun in a random attack just under a year ago, a court has heard.

Byrne, with an address at Reuben Walk, Dublin 8, also admitted unlawfully possessing a shotgun and 16 12-gauge cartridges during the same incident.

At a sentence hearing on Wednesday, Byrne was sentenced to eight and a half years in prison, with the final year suspended.

Judge Martin Nolan said the unfortunate taxi driver had been subjected to a “traumatic ordeal” during which he had a shotgun pointed at him, was assaulted and beaten, and understandably felt he was going to die that night.

Judge Nolan set a headline sentence of 10 to 12 years, but reduced this on account of mitigating factors including Byrne’s early guilty plea, his remorse for his actions, and the steps he has taken to reform himself while in custody.

Garda John Yeats told Diana Stuart BL, prosecuting, that on the night in question, the taxi driver got a call to pick up a group of women to Blackrock.

The driver pulled up on Mill Street at 2.45am, when a man appeared at his window out of nowhere and pointed a two-barrel shotgun at him and shouted: “Get out of the car or I’ll shoot you.”

The taxi driver later told gardaí he was very afraid and that he got out of the car and tried to wrestle the gun from the accused.

The man said Byrne continued shouting “Give me your car or I’ll f**king kill you, get the f**k out,” and began punching and kicking him.

He said Byrne also hit him with the handle of the gun into his head and damaged his taxi with the gun.

The victim was hit four to five times in the head and fell to the ground, before Byrne got on top of him and began choking him, the court heard.

The taxi driver told gardaí he felt he was going to pass out and again thought that the man was going to kill him.

He remembered shouting at the women to call the guards and then seeing the blue lights of a garda car approaching.

The victim’s watch was broken during the struggle and he was unable to speak to gardaí for a while as he had a sore head and hands and was traumatised, the court heard.

Witness statements were made by some of the women who had been about to take the taxi supporting the victim’s statement and saying they were also in fear, and that they saw the gun and heard some sort of click.

CCTV footage was played in court showing Byrne wrestling with the taxi driver and forcing him to the ground.

Ms Stuart said the Director of Public Prosecutions (DPP) placed the offence at the upper level, as it involved the use of a sawn-off shotgun with both barrels loaded used in course of an assault and the attempted seizure of a vehicle.

A victim impact report was submitted but not read aloud in court.

Garda Yeats agreed with Michael O’Higgins SC, defending, that gardaí were familiar with Byrne, who has 73 previous convictions including assault, theft and public order offences.

Mr O Higgins said his client had had an extremely difficult upbringing as both his parents and later his step-father were heroin addicts and there was a lot of violence in the household.

The court heard Byrne was extremely intoxicated on the night and had just heard that a very close friend had committed suicide, for which he blamed himself.

Byrne has a history of substance abuse but has been drug-free since last May, counsel said.

A psychological report said Byrne had “some degree of insight” into the consequences of his actions and had apologised, but was very vulnerable and lacked coping skills.

“He resorts to violence as he was reared in an environment where that was the norm, it’s a vicious circle,” said Mr Higgins, describing the offence as a “random attack” on a taxi driver “who was in the wrong place at the wrong time”.

The sentence was backdated to March 9th, 2022, when Byrne went into custody.

“He can change his life if he wants to,”Judge Nolan said, ordering Byrne to keep the peace for a year on his release.