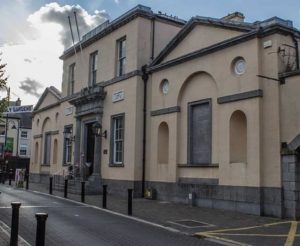 A Portlaoise man who stole alcohol and groceries from local shops because “his family had to be feed” appeared before the local district court last Thursday.

The 32-year-old pleaded guilty to the theft of a bottle of Jack Daniels valued at €22 from Dunne Stores, Kyle Shopping Centre, Portlaoise on 28 October and with the theft of groceries totaling €186.32 from the local Aldi store on two occasions – 18 and 29 November.

Garda Sergeant JJ Kirby said that none of the goods were recovered, and while the defendant had no previous convictions, he had been given the benefit of the Probation Act.

Defending solicitor Barry Fitzgerald said that his client had “no previous pattern to this type of behaviour. I asked him what happened and what had motivated him to do this. He told me that it was coming up to Christmas. He was under financial stress and that his family had to be fed”.

Judge Andrew Cody convicted the defendant of the offences and imposed a one-month sentence on the three charges to run concurrently and suspended them for two years.