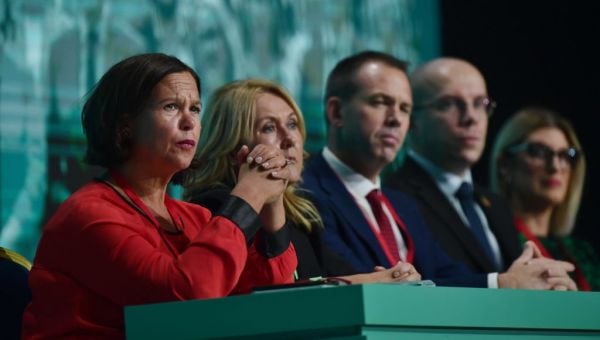 Sinn Féin has revealed it failed to declare a series of expenses related to the hosting of press conferences during the 2016 general election campaign.

The undeclared expenses were for the hire of five indoor venues in Dublin, one of which was used twice, that totalled €2,160.70.

The party said the amounts should have been included in its return to the Standards in Public Office (Sipo) commission and expressed regret for the omissions.

The disclosure comes amid a controversy around Minister for Public Expenditure Paschal Donohoe over undeclared expenses related to both the 2016 and 2020 election campaign.

Mr Donohoe has apologised for the failure to declare expenses related to postering work that was financed by the businessman Michael Stone and has amended his returns to Sipo. The Minister said he wrongly assumed the postering had been done on a voluntary basis.

Sinn Féin said its total spend for the 2016 election campaign, even with the undeclared amount added on, was still less than a third of the allowable limit for the party.

The party said while four of the venues were paid at the time, it conceded that the Royal Irish Academy was not, adding the invoice has now been settled.

“The vast majority of these were held at party headquarters or in outdoor public spaces. However, six press conferences were held at other indoor venues. Their use should have been included in our election return seven years ago. We regret that they were not.

“The total value of the hire of these venues was €2,160.70. All these invoices – bar one – were paid at the time. The remaining invoice has now been paid. Our election return will be amended as appropriate and returned to Sipo.

“The maximum amount permitted to be spent by Sinn Féin in the 2016 general election campaign, per Sipo rules, was €229,000 at a national level.

“Even with the addition of these invoices, Sinn Féin’s election expenses were less than a third of this amount.”

Human trafficking and prostitution trial collapses ‘due to unforeseen circumstances’