Waves of laughter as Sinbad sets sail in Portlaoise

SINBAD set sail for a week-long voyage in Portlaoise on Saturday night, bringing waves of laughter to packed audiences.

Portlaoise Pantomime Group’s hilarious show ***Sinbad and the Ring of Kerry*** is running until this Saturday, 28 January, at 8pm nightly, with a matinée performance at 2.30pm on closing day at the Dunamaise Arts Centre.

Written and directed by Seamus ‘Slice’ Carroll, the 2023 panto features the usual colourful cast of characters and side-splitting moments that make every Portlaoise panto unmissable.

It’s the group’s 37th production since 1985, with an annual show every year except during the pandemic when, in the words of panto legend Christy Bannon, ‘fun was officially banned by the authorities’.

After the Covid-imposed hiatus, the panto is back with a bang in the capable hands of musical director Alan Recks, choreographer Lea Carroll and a fantastic cast, with over 60 people involved on stage and many more in the background.

Tickets always sell out for the spectacular show, so make sure you’re on board. 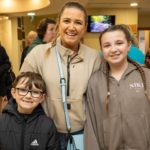 Marie, Jamie and Katie Croke at the Portlaoise Panto ***Sinbad and the Ring of Kerry*** 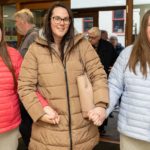 Aine Stef and Aoifá McGinn at the Portlaoise Panto 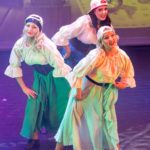 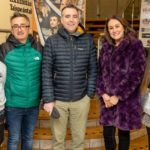 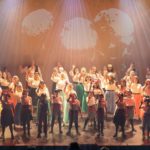 See our two-page spread in this week’s Laois Nationalist, currently available in all local stores or online.